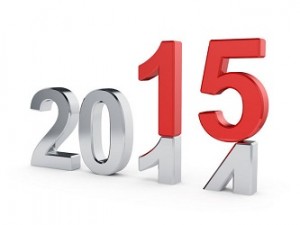 Current and former members of the U.S. military belong to a fraternal demographic unmatched by any other American society. No other group of former coworkers, schoolmates or teammates share the bond that service members and Veterans share with one another. At the same time, Veterans and current service members, numbering 24 million-strong, enjoy tremendous support from the government and the American public. As we begin 2015, there are a few predictions that we may see realized for our nation’s military/veteran community.

Veteran Employment As Standard Business Practice–  Thousands of employers across the country have experienced the value of hiring and retaining Veterans, so much so that they implemented larger-scale operating practices to recruit, hire and retain Veterans. While the strong push to hire Veterans will slow eventually, it is believed that the initiatives and programs created for Post-9/11 Veterans will continue on.

Fewer Initiatives Enacted– For almost a decade, the government and the public has showered the Veteran community with goodwill and new benefits. With the wars officially at a close, the need to include new Veteran-friendly initiatives and legislation will begin to decline. We will likely see the beginning of this decline in the coming months.

Veterans Catching On– Most Veterans have investigated at least one “employment opportunity,” or “Veterans Discount” only to realize that they were being targeted for some sort of scam. It’s sad, but true. And most Veterans have to learn the hard way about these less than honest offerings. But with the rise of social media and the reach of Veteran-friendly government agencies and private organizations, many newly separated Veterans will be made aware of the scams without exposing themselves to the risks.

More Military Discounts– With a large population of war time Veterans carrying clout in the economic market, many retailers are beginning to devise mutually beneficial discounts in order to get these Veterans to their physical and online stores.  Additionally, advances in technology enable online verification of military status, and many states are now issuing Veteran ID cards which make it easy for retailers to verify military/Veteran status in-store.

Increased Targeting of Veterans in Advertising– Companies are recognizing that the 24 million service members and Veterans, as well as their immediate and extended families have massive spending power.  Advertisers believe that the impact of the military/Veteran community’s consumer market is near $1 trillion. This will lead to increases in military-centric advertising, special discounts, and tailored products and services.

Military Connection: What Veterans Can Expect For 2015: By Debbie Gregory