You are here: Home1 / Michael Thatcher 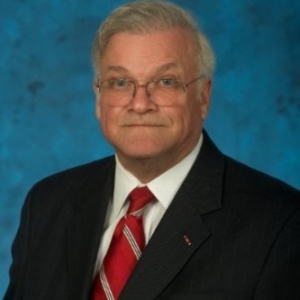 You would think the National Vietnam Veterans Foundation (NVVF) is highly successful, given their ability to secure over $29 million in donations in four years. But as far as using that money for “aiding, supporting and benefiting America’s veterans and their families”…that’s another matter altogether.

Most of the money spent by the “charity” has been paid to telemarketers, with less than 2 percent being used for the benefit of veterans and veterans’ charitable causes.

Watchdog organization Charity Navigator has awarded this “charity” a rating of a BIG, FAT ZERO!

“It’s a zero-star organization and you can’t go lower than that,” says Michael Thatcher, Charity Navigator’s CEO. “They don’t have an independent board of directors, they actually don’t even have a comprehensive board of directors — only three members on the board at this point in time and some of them are family. So one can say, is this representative of an independent board? It’s not.”

Making it even less palatable, the CEO and founder of the National Vietnam Veterans Foundation, J. Thomas Burch, is also a federal employee working as an attorney for (wait for it…) the Department of Veterans Affairs!

If I sound angry, well, it’s because I am! I have the good fortune to work with some of the best non-profit organizations on the planet, and they could sure use those donated dollars! They fill backpacks for military children, offer mental health services for those suffering with PTSD, offer transcendental meditation training, provide pro bono cosmetic surgery for disfigured warriors, housing for the families of wounded warriors, counseling for survivors; I could go on and on.

According to the “charity’s” vice president, David Kauffman, NVVF “feeds homeless and unemployed veterans by donating to food banks, sends personal care kits to hospitalized veterans,  and donates blankets, hats and gloves to homeless centers” to the tune of $122,000.

With more than $8.5 million raised in donations in 2014, that accounts for less than 2 percent of the cash donations being used to support veterans and their families.