You are here: Home / meritorious conduct 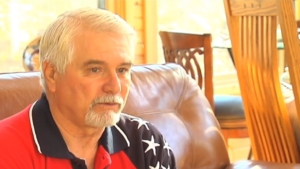 In July, 2017, a retired West Michigan high school teacher and coach who is credited with saving the lives of 10 members of his platoon in Vietnam will receive the Medal of Honor.

James C. McCloughan was a 23-year-old medic when in May, 1969, his platoon was engaged in a fierce battle with the enemy. PFC McCloughan returned to the combat zone multiple times to retrieve wounded soldiers, despite the fact that he had been shot in the arm and had shrapnel injuries.

McCloughan, now 71 years old, received numerous awards for his actions, including the Combat Medical Badge, two Purple Hearts and two Bronze Stars. But he was not eligible for the Medal of Honor until a recent change did away with the previous time limit.

Prior to leaving office, President Obama signed the waiver into law that did away with the five year time limit from the time of the action as part of a defense authorization act.

McCloughan’s old platoon leader, Randy Clark, was the driving force behind the push to award McCloughan the Medal of Honor.

McCloughan vividly remembered the battle, when 89 soldiers were flown in by helicopter in an effort to block a North Vietnamese advance, only to find that they were greatly outnumbered.

According to the White House, in order to receive the award, “the meritorious conduct must involve great personal bravery or self-sacrifice so conspicuous as to clearly distinguish the individual above his or her comrades and must have involved risk of life.”

James C. McCloughan certainly displayed these qualities, and for that, he has earned the nation’s highest military honor.

We congratulate him and thank him for his service and sacrifice.