You are here: Home1 / medical professionals 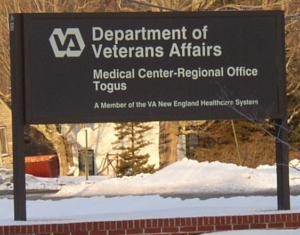 You wouldn’t think doctors, nurses, and other medical workers would be classified as “problem employees.” But many former medical professional employees have cost the Department of Veterans Affairs (VA) over $6 million.

A recent investigation has uncovered that the VA, the nation’s largest employer of healthcare workers, has concealed the mistakes and misdeeds of its staff for years.

Examples include a VA radiologist who had misread dozens of CT scans at a VA hospital in Washington State, and a podiatrist who had 88 cases where mistakes that harmed veterans at the Togus hospital in Maine were made.

Citing inadequate performance, hundreds of VA employees were fired or forced into early retirement. But they fought back in the legal arena.

Because the settlements were reached in secret, there is no official word as to why the VA determined that the employees should be fired or forced to resign.

According to the VA website, the Secretary of Veterans Affairs wants to demonstrate accountability and transparency regarding settlements with employees. To that end, on July 7, 2017, Secretary Shulkin announced that he is requiring approval by a senior official of any monetary settlement with an employee over the amount of $5,000.

Any settlement above this amount will require the personal approval of the Under Secretary, Assistant Secretary or equivalent senior-level official within the organization in which the dispute occurs.

“We’re changing to a culture of accountability at VA, and this is an important step in that direction,” Shulkin said.