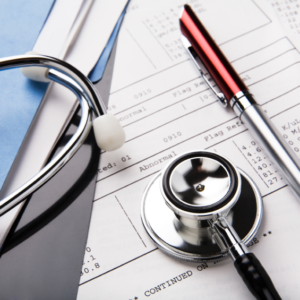 While many veterans get some health care from private doctors, those doctors often fall short when it comes to identifying service-related illness.

Jeffrey L. Brown, M.D., a clinical professor of pediatrics at New York Medical College who also teaches at Weill Cornell Medicine, said, “While everybody seems to be mostly focused on the health care that veterans are getting at the VA, it sort of went unnoticed that 80 percent of veterans get most of their health care from civilian providers.”

According to a 2015 government survey of health and health care use, about 40 percent of veterans get some health care from the VA, but only about 20 percent of all veterans rely totally on the VA.

Dr. Brown learned of the risk from a newspaper, not his doctor. This prompted him to educate physicians about service-specific ailments.

“The biggest deficiency: Most health care providers don’t ask patients as they come through the door if they’ve ever served in the military,” the pediatrician said.

Service-related issues also could affect women’s health, especially when it comes to bearing and delivering children, according to Dr. Brown.

Pediatricians also seldom are trained to identify psychological and learning problems among veterans’ children related to their parents’ service or the effects after returning from deployment, he said.

“Unless you speak up and say you are a veteran or your spouse is a veteran, the issue might not even come to light,” said Richard R. Silbert, M.D., a psychiatrist and senior medical director for the Community Care Behavioral Health Organization.