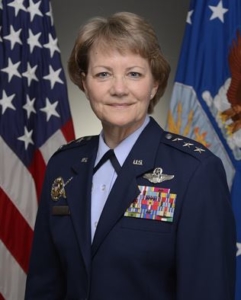 On July 15, 2016, Lt. Gen. Maryanne Miller was named commander of the Air Force Reserve. She is the first female to hold the position.

As one of the highest ranking women in the military, Miller will have four years to make her mark by ensuring that anyone who joins the Air Force Reserve will play an important role in the branch’s future.

Miller spent eight years on active duty before choosing to switch to the full-time reserves. A few years later, she opened a restaurant and juggled dual military-civilian life.

She is proud to lead the 70,000 men and women of the Air Force Reserve as they stand side-by-side with the active component around the world.

Miller looks to the future in order to increase diversity across the Reserves in lock-step with the Defense Department. The DoD took proactive steps toward creating a more diverse force by making the move to fully integrate women into all combat positions and allow transgender men and women to enlist or commission.

During the four years Miller will spend at the helm, she hopes to make the Reserve a place that offers something unique for all those who volunteer to serve.

“My goal is to get out to every population and let them understand the opportunities that are out there for them.”

Miller intends to continue to build out the Reserves as a crucial part of the Air Force by seeking out the best talent not only from those who transition out of the active component, but also from the civilian population.

“What I am going to do in this particular area is to show an opportunity to serve,” Miller said. “You can serve in your civilian capacity and then bring that same expertise into the military side. There’s many, many opportunities to participate at all levels.”