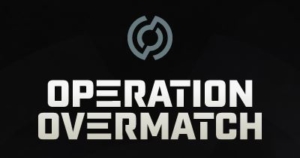 The U.S. Army is currently seeking Soldiers to provide feedback through online gameplay in order to contribute to the development of the future force.

The video game, Operation Overmatch, has been in development since 2016, and will pit two teams of eight soldiers against an array of advanced war machines.

The Army intends to monitor and solicit feedback from troops on how the up-armored killing machines they pilot in the game do in the virtual world, so the service can figure out what weapon and armor concepts are worth pursuing in the real world.

One of the benefits of collecting feedback through the gaming environment within ESP is the ability to explore hundreds, if not thousands, of variations at a fraction of what it would cost to actually build.

The game is still in the testing phase, with an emphasis on gear rather than tactics.

The Army has also explored the Synthetic Training Environment (STE) via the immersive augmented reality system that is designed to replicate the diverse operational environments that soldiers may find themselves in. STE converges the virtual, constructive, and gaming environments into a single-synthetic environment. For a generation of soldiers who grew up playing video games, STE may be easier for them to adapt to.

With the game in its early development alpha testing, Vogt encourages Soldiers to sign up now for early access to gameplay during the beta testing period, which is scheduled for October.

Soldiers can sign up to play Operation Overmatch at www.operationovermatch.com