You are here: Home1 / life expectancy 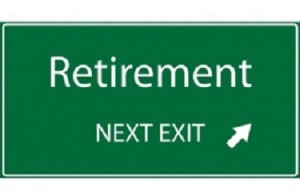 Volunteering for America’s military provides service members with the opportunity to travel around the world, starting with our own great and beautiful country. When military members separate from active duty, often times they settle down in entirely different locations from where they originated or were stationed.

This is especially true for military retirees. With fifty states to choose from, there are so many factors that can be used to determine where Veterans will want to liveout their civilian years. Perhaps this compilation of states,listing the highest life expectancy, can be used to determine where you’ll want to settle down and collect your military retirement checks:

Utah has a life expectancy of 80.2 years. Its poverty rate of 12.7% is the fourteenth lowest in the country, and its obesity rate of 24.1% is fourth lowest. Utah is also home to world famous national parks, ski resorts and golf courses, so it can accommodate nearly every outdoorsman, no matter what their sport or hobby is.

New Jersey is tied for the eighth highest life expectancy at 80.3 years. Its poverty rate of 11.4% is the eighth lowest in the country and its obesity rate is twelfth lowest, at 26.3%.New Jersey has a large number of medical professionals living in the state, with 83 dentists and 143 general practitioners for every 100,000 residents. Whether your preference is historical sites, outdoor recreation or city living, the Garden State has it all.

New Hampshire also has a life expectancy of 80.3 years. The “Granite State” has the lowest poverty rate in the nation, at 8.7%, and its obesity rate is at 26.7% (16th lowest). The state’s motto of “Live Free or Die” is in line with many military Veterans’ way of thinking. The heavily forested lands make for a beautiful and peaceful location to “live free.”

Vermont was tied for the fifth highest life expectancy rate at 80.5 years. Its obesity rate was seventh lowest at 24.7%, and its poverty rate of 12.3% was thirteenth lowest in the nation. The “Green Mountain State” offers plenty of outdoor activities, yearround, and is a renowned ski and snowboard destination.

New York is also tied for the fifth highest life expectancy rate at 80.5 years. Whether you “want to wake up in a city that doesn’t sleep,” or are looking for more rural country in the eastern part of the state, New York, truly, has the best of both worlds.

Massachusetts is also tied for the fifth highest life expectancy rate at 80.5 years. The state’s obesity rate was the third lowest in the country at 23.6%, and its poverty rate was eleventh lowest at 11.9%. The “Bay State” had the nation’s highest concentration of general practitioners and dentists of any state, with 200.8 MD’s and 85.6 dentists for every 100,000 people.

California had the third highest life expectancy of any state at 80.8 years. Whether you’re wanting to live near beaches, mountains, deserts, forests or farmland, big cities, suburbs or rural areas, California has got it all.

Minnesota has the second highest life expectancy in the nation at 81.1 years. Plus the obesity rate is the tenth lowest at 25.5%, and the poverty rate is seventh lowest at 11.2%. There is year-round adventure to be had in the “Land of 10,000 Lakes,” including hunting, fishing, hiking, boating and many more outdoor activities.

Hawaii had the highest life expectancy in the country at 81.3 years. It also had the fifth lowest poverty rate at 10.8% and the second lowest obesity rate at 21.8%. Plain and simple Hawaii is paradise. There is plenty of beautiful scenery, with beaches, waterfalls, mountains and tropical plant life. The only problem with living in paradise is not having as equally beautiful places to vacation to.