Tag Archive for: jobs in the military

You are here: Home1 / jobs in the military 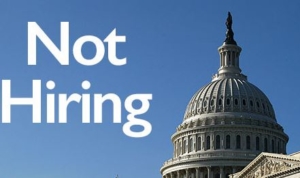 A federal hiring freeze imposed by President Trump will no doubt have a massive effect on veteran job seekers. But jobs in the military, as well as jobs at the Department of Veterans Affairs that are deemed necessary for public health and safety will be exempted from the freeze, according to acting Veterans Affairs Secretary Robert Snyder.

“Right now, the system’s broken,” said White House press secretary Sean Spicer, adding that the freeze is meant only to “pause” hiring until further analysis can be done and a plan put in place to fix things.

“What we need to do, whether it’s the VA or any other agency, is make sure that we’re hiring smartly and effectively and efficiently,” Spicer said.

The hiring freeze has come under fire from dozens of Democrats, including every Democrat in the Senate, who say it disproportionately affects jobs for veterans, as the VA won’t be able to hire support staff and veterans won’t be able to apply for federal jobs. The Democrats wanted Trump to exempt the entire VA from the order.

“And I think the VA in particular, if you look at the problems that have plagued people, hiring more people isn’t the answer, it’s hiring the right people, putting the procedures in place that ensure that our veterans — whether health care or mortgages or the other services that VA provides to those who have served our nation — get the services that they’ve earned.”

Not mentioned is staff to handle benefits claims, which are ideal government jobs for veterans. Hundreds of thousands of appeals for disability benefits claims are pending, and critics of the hiring freeze have said it could cause back-ups that would impact those who have served.