You are here: Home1 / Jason Crow 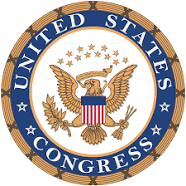 Veterans who are Democrats are running for Congressional seats in record numbers. And some of them are proving to be competitive in areas previously considered as Republican strong-holds.

While veterans are traditionally considered conservative, here are some veterans running as Democrats in the 2018 midterm elections:

Josh’s family has a long history of service to America. On his father’s side, their service extends all the way back to the Mexican-American War and on his mother’s side, back to the Civil War. Josh served for 23 years in the United States Navy where he saw multiple combat deployments, most recently in Iraq and Afghanistan. Josh first came to San Diego County in 1988 for training to become a Navy SEAL and currently lives on a small ranch in Jamul where he raised his children, one of which is currently serving in the military. Josh continues his service as a Trustee on the Jamul Dulzura School Board.

Jason served in the Army’s storied 82nd Airborne Division, leading a platoon of paratroopers during the invasion of Iraq. He earned the Bronze Star for his combat actions during the invasion, including fighting at the Battle of As Samawah. He joined the U.S. Army’s elite 75th Ranger Regiment, serving two additional tours – this time in Afghanistan, as part of the Joint Special Operations Task Force. Jason served on the Colorado Board of Veterans Affairs, focusing on veterans homelessness and substance abuse issues.  He also has dedicated hundreds of hours mentoring individual veterans transitioning from military to civilian life.

Dan served as an active duty soldier and completed two combat tours of duty as part of Operation Iraqi Freedom. In Iraq, he searched for roadside bombs and pursued those threatening Americans and Iraqis alike, earning the Bronze Star for Service, the Army Commendation Medal with Valor, and the Ranger Tab. After his military service, worked for the Obama administration, first as a White House Fellow and then as an acting Assistant Secretary of Defense in the Pentagon. He worked to ensure that service members were ready to fight, and that they had the tools to lead a quality life as veterans after their service was over.

Roger Dean is a Marine veteran and entrepreneur. The first in his family to graduate from college, he is committed to ensuring that every American has the chance to work hard, get ahead, and provide a better life for their children.

Dan is a Marine Corps veteran, business leader, husband, and father. He led 65 Marines in the 2007 Iraq surge, and was honorably discharged as a Captain.

Knowing that many of the opportunities she and her family had were only possible because they were in the United States, from the time she was a young girl Gina knew she wanted to serve and give back. After graduating from Boston University with a BA and MA in Economics, and a BA in East Asian Studies, Gina entered the U.S. Air Force as an intelligence officer, where she deployed to Iraq and served under the U.S. military’s “Don’t Ask, Don’t Tell” policy.

A resident of Staten Island, Max is a Democratic candidate for New York’s 11th congressional district. He is the first post-9/11 combat veteran of the Wars in Iraq and Afghanistan to seek office in New York City. Max is a proud veteran of the U.S. Army. From 2012-2013, he deployed to Afghanistan, where he served as an active duty officer, earning a Bronze Star, Purple Heart and  Combat Infantryman Badge. Max continues his service today in the National Guard as a Infantry Company Commander. He is also Ranger qualified.