You are here: Home / Invictus Games 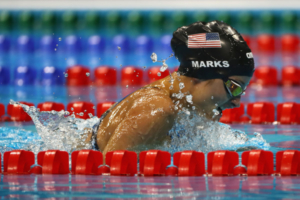 The VA was proud to support the more than 500 ill and injured military Veterans from 15 Nations who traveled to Orlando, Florida, to compete in the 2016 Invictus Games.

VA Secretary Bob McDonald said, “These Games highlight the perseverance and determination of so many of our allied nations’ disabled and injured military Veterans. This competition shows exactly how adaptive sports greatly improves the quality of life of these heroes…”

“Invictus” means unconquered in Latin. The Games harness the power of sport to inspire recovery, support rehabilitation and generate a wider understanding and respect for those who serve their countries.

The Invictus Games were the brainchild of Great Britain’s Prince Harry. He realized how the power of sport could physically, psychologically, and socially help an injured servicemembers .

“I served along with soldiers from all over the world,” Prince Harry said at the opening ceremony. “I saw the sacrifices they and their families made to serve their nations. I learned about the importance of team work and camaraderie in the way that only military service can teach you.”

To see the results of the games, visit http://invictusgames2016.org/results-2/ 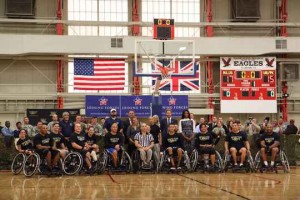 Britain’s Prince Harry was greeted by cheers when he entered Wells Field House at Fort Belvoir, Virginia, to officially launch the 2016 Invictus Games. The Prince, who is the Patron for the games, was joined by First Lady Michelle Obama and Dr. Jill Biden, and they all “high-fived” the athletes who had lined up to meet them.

In May 2012, Prince Harry met with five injured service members in Washington, D.C., before accepting a humanitarian award for his charity work with wounded warriors. He then attended the 2013 Warrior Games in Colorado, which is where the idea for the Invictus Games was born.

“I saw the power that sport could play in the recovery of both mind and body,” he said. “I left Colorado with a determination to broaden this to an international audience.”

Prince Harry attributed the 10 years he spent in the British army as life-changing. He did two tours of duty in Afghanistan and shared a flight home with three British soldiers in comas and a Danish soldier who had been killed in action. That’s when the reality of war really sunk in.

“From that moment, I knew I had the responsibility to help all veterans who had made huge personal sacrifices for their countries to lead healthy and dignified lives after service,” he said.

The word ‘Invictus’ means ‘unconquered’. It embodies the fighting spirit of the wounded, injured and sick service personnel and what these tenacious men and women can achieve, post injury.

“The games epitomized the very best of the human spirit — men and women who had not only adjusted to life, but embraced it, proving what can be achieved post-injury rather than focusing on what cannot,” Prince Harry said.

Joining Prince Harry on his trip to the U.S. were two competitors from the British Armed Forces team who took part in last year’s Games.

Mickaela Richards, from the Royal Navy, won three medals at the 2014 Invictus Games. A former Captain with the Army in the Royal Engineers, Rob Cromey-Hawke won two Gold medals in the cycling event.

“Sport has played such a huge part in my recovery. The Games last year taught me that I don’t need to be defined by my injuries and that I can achieve as much as I did when I was in the military. In fact, it’s inspired me to do more and more with my life,” said Cromey-Hawke.

The 2016 Invictus Games will take place in Orlando, Florida May 8th-12th at the ESPN Wide World of Sports Complex.