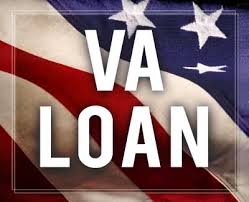 The Home Depot Foundation, the charitable arm of home improvement giant Home Depot, partially funded a study that revealed that home loans through the Department of Veterans Affairs more than tripled in the wake of the 2007-2009 subprime mortgage crisis.

This information exemplifies the critical need for credit in order for tens of thousands of veterans to buy a house, as well as the importance of the VA program, a benefit used by millions of veterans but often getting less attention than initiatives like health care coverage and education stipends.

“This is a stable, accessible form of credit that has helped a lot of families,” said Keith Wiley, a research associate at the Housing Assistance Council (HAC) and co-author of the report. The HAC is a national nonprofit organization that supports affordable housing efforts in rural areas of the United States. It was established in 1971 to increase the availability of affordable housing for rural low-income people.

Wiley’s report found nearly 9 percent of all home mortgages in America in 2014 were backed by VA, up from 2 percent a decade earlier.

Before the mortgage crisis, those loans totaled around 140,000 a year. Today, those numbers are closer to 510,000, making them the third-largest home loan type in the country.

“There has been a VA home loan in nearly every county in America,” said Moises Loza, HAC executive director, in a statement. “There are more than 100 counties where VA loans make up 20 percent of the loan population. … The military community truly relies on the VA Home Loan program to provide a home for their families.”

The mortgage crisis was triggered by a large decline in home prices after the collapse of a housing bubble, leading to mortgage delinquencies and foreclosures and the devaluation of housing-related securities.

Declines in residential investment preceded the recession and were followed by reductions in household spending and then business investment. Spending reductions were more significant in areas with a combination of high household debt and larger housing price declines.

Researchers said they did not see a significant drop in the rejection rate of loan applications as the total mortgage count rose in recent years, another sign they say indicates stability and accessibility for veterans.