You are here: Home1 / Hi-tech jobs 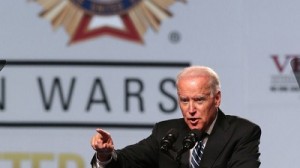 At the Veterans of Foreign Wars (VFW) annual national convention in St. Louis, Vice President Joe Biden announced that the White House will be launching a new high-tech job training campaign that will include training and placement programs specifically for Veterans.

In the July 21st statement, Biden said that the initial phase of the program will target communities with high rates of Veterans unemployment. The intention is to rapidly retrain these Veterans to work in high-demand programming and technology trades.

The initiative comes after a months-long study on ways to ensure that all Americans have access to high-skill job training. As part of that study, researchers believe there will be approximately 1.4 million technology jobs that will need to be filled by American businesses over the next five years.

The U.S. issues nearly 500,000 work visas each year to immigrants who come to this country to work in high-tech fields, earning $70,000 and up. The White House’s plan is to prepare Americans to fill those positions. The vice president told the convention that Veterans will be among the leaders of the new highly skilled American work force.

We are still waiting for the official announcement about the White House’s high-tech job training initiative, and the program’s eventual launch schedule.

Military Connection proudly serves those who serve in the Army, Navy, Air Force, Marines, Coast Guard, Guard &amp,amp,amp,amp,amp, Reserve, Veterans and their Families. We are the go to site for Veteran Employment and information on Veteran education. Militaryconnection.com provides Veterans with and Directory of Employers, a Job Board, information on the Post-9/11 GI Bill, and a blog that offers Veterans boundless information. Be sure to visit Militaryconnection.com, the go to site.