You are here: Home1 / harmful 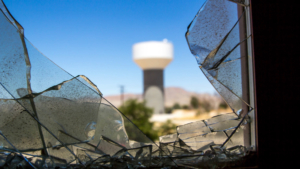 Potentially harmful levels of perfluorinated compounds (PFCs), which have been linked to cancers and developmental delays for fetuses and infants, have been found in the water of more than 100 military installations.

The Department of Defense (DoD) began investigating contamination at military training sites where aqueous film-forming foams containing perfluorooctane sulfonate and related fluorochemicals had been used for fire training exercises. After spending $200 million on the study, the DoD has made safety changes at affected bases which includes installing filters and providing bottled water to families living there. But the damage may have already be done.

PFC contamination in drinking water is thought to stem from two main sources: factories that formerly manufactured or used the chemicals, and locations, such as military bases, where the foam was used to extinguish jet fuel fires.

Many Marines who ingested contaminated water at Camp Lejuene, the largest Marine base on the East Coast, have died or lost family members, especially children with extreme birth defects or leukemia–and many more still are sick and dying with rare cancers and other ailments believed to be linked to the water contamination.

According to Maureen Sullivan, deputy assistant secretary of defense for environment, safety and occupational health, each base should have its water information posted. An on-site restoration program manager point person who is tasked with addressing environmental cleanup issues is available to address questions and concerns.