You are here: Home1 / Greg Hughes 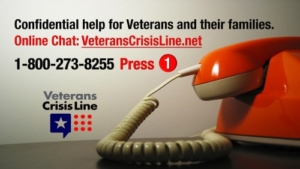 A bill to reform the Department of Veterans Affairs suicide hotline sailed unanimously through the House until Senate Democratic Minority Leader Harry Reid blocked the legislation and refused to let it come to the floor for a voice vote.

Rep. David Young, R-Iowa, the bill’s sponsor, said a veteran in his district told him he repeatedly received a busy signal when he called the crisis line this spring. The man later got help from a friend, but “this hotline let him down,” Young said. “A veteran in need cannot wait for help, and any incident where a veteran has trouble with the Veterans Crisis Line is simply unacceptable.”

More than one-third of calls to a suicide hotline for troubled veterans are not being answered by front-line staffers because of poor work habits and other problems at the Department of Veterans Affairs, according to Greg Hughes, the VA’s Veterans Crisis Line’s former director.

Some hotline workers handle fewer than five calls per day and leave before their shifts end, even as crisis calls have increased sharply in recent years, Hughes said. Hughes added that some crisis line staffers “spend very little time on the phone or engaged in assigned productive activity.” Coverage at the crisis line suffers “because we have staff who routinely request to leave early,” he said.

According to Hughes, who resigned in June, too many calls have rolled over to back-up centers where workers have less training to deal with veterans’ problems.

The VA has pledged to continue efforts to improve training and ensure that callers receive immediate assistance.

VA Undersecretary for Health David Shulkin said suicide prevention is a top priority at VA.  “We are saving thousands of lives. But we will not rest as long as there are veterans who remain at risk,” he said in a statement.

The bill will now go to the Senate.