You are here: Home1 / forced arbitration 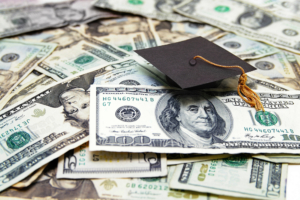 Veterans, with their attractive and generous GI Bill education benefits have been targeted by predatory, for-profit colleges. Often times, they leave with a partial education, or if they do graduate, the diploma comes with a mountain of debt. And for some, they find out too late that their credits won’t transfer or they don’t qualify for the licenses they need.

Until it filed for bankruptcy in 2015, the Corinthian College group was a leader in student loan fraud. Federal authorities, as well as the California attorney general’s office have gone after Corinthian. California’s AG successfully obtained a judgment for more than a billion dollars due to deceptive advertising and unlawful lending practices, and the Federal Consumer Financial Protection Bureau obtained a 40 percent reduction in the private loans owed for tuition at Corinthian Colleges.

Additionally, the U.S. Department of Education discharged student loan debt for over 27,000 students who enrolled in one of Corinthian’s programs, and it has promised debt relief to 23,000 more former students seeking debt relief based on allegations of fraud.

ITT Tech was another for-profit that filed for bankruptcy, leaving more than 35,000 students in limbo when it closed.

Corinthian, like many other for-profit schools, used fine-print forced arbitration clauses in its student enrollment contracts to have any litigation against the school dismissed.

Education Secretary Betsy DeVos has not been able to secure loan relief to students.

Relief may be on the way in the form of a rule that requires schools taking federal aid to drop forced arbitration, allowing students to pursue fraud claims in court. But DeVos has delayed the rule and is considering reversing it.

The Consumer Financial Protection Bureau has issued a new rule that restores the ability of students, service members and other consumers to band together in court when banks, student lenders and other financial companies act illegally.