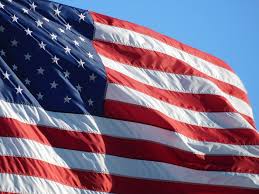 When there are holidays that call for flying the flag, or if you just want to express your patriotism, knowing how to properly display the American Flag is paramount to showing respect for this symbol of national pride.

While most people know that the U.S. flag should not touch the ground or be displayed if it is faded, torn or tattered, there are additional protocols that should be observed.

It is the universal custom to display the flag only from sunrise to sunset on buildings and on stationary flagstaffs in the open. However, when a patriotic effect is desired, the flag may be displayed twenty-four hours a day if properly illuminated during the hours of darkness.

The flag should be hoisted briskly and lowered ceremoniously.

The flag should not be displayed on days when the weather is inclement, except when an all-weather flag is displayed.

The flag should be displayed daily on or near the main administration building of every public institution.

When displayed with another flag against the wall with crossed staffs, the U.S. flag should be to the left of those facing it with the staff in front of the other flag’s staff.

If the flag is displayed with a group of flags, the U.S. flag should be at the center and the highest point.

The flag should be displayed in or near every polling place on election days.

The flag should be displayed during school days in or near every schoolhouse.

Now, for a little history lesson. Betsy Ross would often tell the story of a fateful day in May of 1776, when three members of a secret committee from the Continental Congress came to call upon her. Those representatives, George Washington, Robert Morris, and George Ross, asked Ross, an upholsterer, to sew the first flag. She finished the flag either in late May or early June 1776. In July, the Declaration of Independence was read aloud for the first time at Independence Hall.

On June 14, 1777, the Continental Congress, seeking to promote national pride and unity, adopted the national flag. “Resolved: that the flag of the United States be thirteen stripes, alternate red and white; that the union be thirteen stars, white in a blue field, representing a new constellation.”