You are here: Home1 / fighter pilots 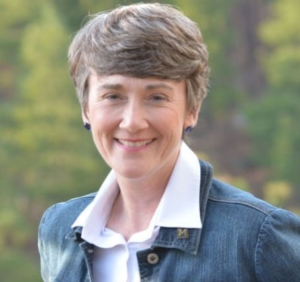 The loss of highly trained and experienced pilots from the U.S. military to the private sector is a legitimate worry. And the U.S. Air Force says its deficit of fighter pilots is growing.

“The health of the fighter pilot community is bad,” said Lt. Gen. Chris Nowland, Air Force deputy chief of staff for operations, plans and requirements (AF/A3). “Recruiting and getting people on to fly is not a problem,” he added. “If you look across the Air Force, the quality of the individuals coming into the Air Force are some of the highest we ever had. That goes for the enlisted and officer force.”

The past 25 years of continuous combat operations has taken a toll on the Air Force fighter community. Compounding the problem since fiscal 2014, losses of fighter pilots have exceeded the Air Force’s annual production capacity.

The Air Force is tackling the problem of capacity.  There is a lot of infrastructure associated with ramping up pilot numbers.

The Air Force and has started several initiatives to fix problem areas with a threefold approach: reducing the number of fighter pilot requirements, increasing retention of pilots and increasing the production of new fighter pilots.

Much of the impact on the military flying community stems from the draw of commercial airlines, who have been hiring at an increased rate the past three years.

“There are three pillars that a lot of people focus on when considering staying in the military; quality of service, quality of life and monetary compensation,” said Col. Jason Cockrum, the AF/A3 director of staff. “Nobody in the civilian sector can compete with quality of service. What Airmen go out and do every day for our nation, you just can’t get that anywhere else.”

He continued, “So we are focused on improvements related to quality of life and monetary compensation. We are not going to be able to compete directly with the airline industry on the monetary piece, but we are focusing on how we can ensure the other two pillars offset any differences offered by the civilian sector.”

The Air Force is scrambling to head off what could be a major exodus of fighter pilots for the private sector. This would worsen an already-serious shortfall of fighter jocks. And if the Air Force can’t hold on to its front-line pilots, that could have dangerous repercussions for the United States’ ability to fight and win wars.

Retention is also a major issue. The current goal is to try to retain as many pilots as possible in the short term, but there is a lot of completion from commercial airlines who are hiring thousands of fighter pilots.

According to Air Force Secretary Deborah James, the “quiet crisis” of the fighter pilot shortage is the most serious manning shortfall the Air Force is currently facing.

James is looking to Congress for the ability to boost financial incentives to recruit and keep pilots. She and Gen. David L. Goldfein, the service’s new top officer, attributed the shortfall to a wave of hiring in the commercial airline industry, high demand for air power keeping pilots deployed and away from their families, and a reduction in training while at home prompted by heavy usage and budget constraints. Civilian airlines are hiring about 3,000 to 3,500 pilots annually.

Pilots at commercial airlines Delta, American and United can earn over $200,000 after just a few years on the job. In the Air Force, when flight pay and basic allowance for housing are factored in, captains and majors with a decade of flying under their belts, earn salaries of roughly $100,000 to $120,000. A $25,000 annual retention bonus makes up a little of that pay gap, but a $48,000 bonus would go a lot further.