You are here: Home1 / Feres doctrine 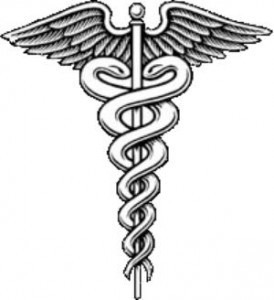 In 1950, the Supreme Court ruled that the U.S. is not liable for injuries to members of the armed forces sustained while on active duty as a result of negligence of others in the armed forces.

It affected Army Spc. January Ritchie, who was pregnant and serving at Fort Shafter, Hawaii, when her doctors advised her to limit her physical activity. After already having an earlier miscarriage scare, she was told to modify her work schedule to light duty. But Ritchie’s chain of command kept her on regular duties, including prolonged standing and physical training. She went into to pre-term labor at 23 weeks gestation, and ultimately lost her baby.

When Ritchie and her husband tried to sue the military, alleging that the command ignored medical orders, the federal court ruled in favor of the Army

It’s a fact that many women choose to serve in the military, and many of these servicewomen start families while serving their country. Some 50,000 babies are born each year in military facilities in the U.S. and overseas. What is shocking is that these servicewomen lack basic protection against even the most egregious malpractice during pregnancy.

A vocal group of military families, lawyers and members of Congress say the precedent renders service members second-class citizens and should be overturned.

Jonathan Turley, a law professor at George Washington University, has been a leading critic of the Feres doctrine.

“We see cases in the military involving conduct that would be viewed as perfectly medieval in the civilian world,” Turley said. “Decades ago, civilian doctors were sued over the practice of leaving sponges in patients. It used to be very common.”

After a few lawsuits, the medical profession came up with a simple solution: Count the sponges before and after the procedure. Now it’s rare to see that type of malpractice in civilian medicine, Turley said. But because there is no fear of lawsuits, it keeps occurring in military medicine.

While family members can sue the government for negligence, the troops themselves cannot. There have been exceptions to the Feres doctrine where active duty members have been allowed to sue for injuries when the court found that civilians could have been harmed in the same manner, under the same circumstances, in which the service member’s injuries occurred.