You are here: Home / Female officers 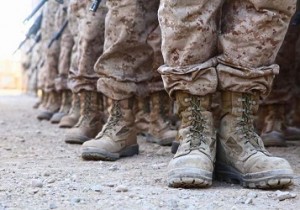 For all of western civilization, military combat has historically been considered a male-only occupation, with women taking up support roles in nursing and administration. But the U.S. military is currently seeking ways to integrate women into all combat roles within the special operations community. This transition has led to a problem that is troubling for military leaders, as women are not meeting the requirements set by training standards for most of these roles.

On April 2, 2015, the last two remaining females washed out of the Marine Corps’ Infantry Officer Course (IOC). The IOC is a physically, mentally, and academically demanding program,  with only 25% of all Marines who attempt it making it to completion. So far, no female has ever completed the program, with these last two failing to make the cut during the Combat Endurance Test. It is worth noting that 81 of the 90 males also washed out that day.

While the eligibility standards were lower for women to get into the program than for men, the requirements were equal for both genders to successfully pass it. So far, of the 29 women have attempted the IOC, none were able to complete it. Only three made it through the Combat Endurance Test, but weren’t able to complete the IOC.

This latest session of the IOC was the last chance for women to enter the program as volunteers. In the future, all women who apply for ground intelligence officer positions will have to pass the IOC in order to achieve that specialty, the same as any male Marine.

Enlisted female Marines have had greater success at the Infantry Training Battalion course, where 122 of 358 women have passed. Despite completing this course, these women were not put into combat jobs, but the Pentagon and the Marine Corps are looking for ways to integrate female Marines into combat units in 2016. One obstacle will be that there aren’t any female officers who have passed the IOC.

The bar has been set. It is the responsibility of  the women seeking these roles to make it over that bar. The requirements set for these military programs are strict for a reason, so that only the best of the best enter the ranks of the elite.