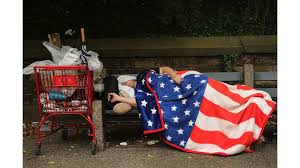 When most people picture a veteran, it’s a male. And the same holds true for homeless veterans. But the truth is that the Department of Veterans Affairs has found that female veterans, including those with children, are the fastest-growing share of homeless veterans.

Female veterans are two to four times as likely as their civilian counterparts to experience homelessness.

Most of these women, especially those with kids or histories of trauma, don’t sleep on the streets or find shelter placements. They prefer to couch-surf with friends and relatives, which more often than not, leaves them left out of the homeless count.

Far from being a well-understood phenomenon, most people would be hard-pressed to even include women veterans in the overall picture of veteran homelessness — or recognize their unique risk factors and survival strategies.

Many homeless women veterans were victims of military sexual trauma and feel resentment towards the military and the VA, and as a result do not identify themselves as being a veteran.

According to VA’s National Center for PTSD, data from VA’s military sexual trauma screening program show that about 1 in 4 women and 1 in 100 men respond “yes,” that they experienced sexual trauma or assault while in the military.

Female homeless veterans are nothing like their male veteran counterparts in how and why they experience homelessness. Sadly, women veterans are frequently left out of the picture, intentionally or otherwise. One woman veteran in the series described it as “always being an afterthought,” whenever veterans issues are discussed.

Social health is more important to a woman’s healing process than it is to a man’s. The VA is realizing that and tailoring treatments as necessary.