You are here: Home / drug theft 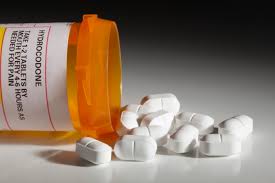 Opioid theft, missing prescriptions, and unauthorized drug use by staff at federal hospitals has increased sharply since 2009, according to a recent investigation.

The investigation by the Associated Press revealed that drugs intended for patients simply disappeared.

Aggravating the problem is that some VA hospitals have been lax in tracking drug supplies.

Both the inspector general’s office and the Drug Enforcement Administration (DEA) said they have increased scrutiny of drug thefts from the VA, with the DEA reporting more criminal investigations.

It’s not clear if the problem is worse at the VA than at private facilities, where medical experts and law enforcement officials say drug theft is also increasingly common in a time of widespread opioid abuse in the U.S.

But the VA gets special scrutiny from lawmakers and the public, given Americans’ esteem for veterans served by the agency, and because of past problems at the VA, especially a 2014 wait-time scandal in which some patients died.

The drug thefts from VA also raise the possibility that patients will be denied medication they need or that they will be treated by drug-impaired staff.

Perhaps the problem of missing medicine is no worse at the VA than in private facilities, but the VA is charged with caring for the nation’s wounded or ill veterans, and should be held to a higher standard. Our nation’s new VA secretary should make fixing this problem a priority, and ensuring that the drugs designed to treat our military veterans end up in the hands for which they are intended.