You are here: Home1 / Drawdown strategy 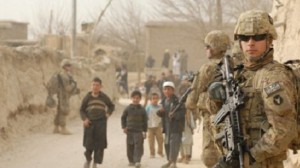 We at Military connection would like to hear your feedback: Should the U.S. maintain its current drawdown strategy in Afghanistan? Or alter it in some way? Send your feedback to [email protected]