You are here: Home / Downsizing Army 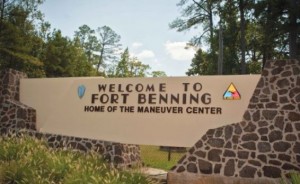 The Army will cut 40,000 troops from its ranks by 2017 as part of a new round of reductions brought on by constraints in the federal budget. The reduction will affect virtually all of its domestic and foreign posts.

If automatic budget cuts known as sequestration take place later this year, the Army says it would have to likely reduce its ranks by an additional 30,000 soldiers beyond the numbers already announced. The potential troop cut comes as the president is considering his next move against the Islamic State militant group in Iraq and Syria. President Obama said Monday he and military leaders had not discussed sending additional troops to Iraq to fight the Islamic State. There are about 3,500 troops in Iraq.

It is also highly likely that thousands of Army civilian employees would be laid off under the plan.

Some of the cuts were expected. During the peak of fighting in Iraq and Afghanistan, the Army swelled to about 570,000 soldiers to ensure that deployments could be limited to one year. After most troops came home from those wars, the Army planned to shrink.

The Army should bottom out at 450,000 soldiers, said Michael O’Hanlon, a military analyst at the Brookings Institution.

Cutting “more would make me quite nervous,” he said.

Downsizing Army forces in Alaska “makes no strategic sense,” said Sen. Dan Sullivan, a Republican member of the Armed Services committee from Alaska. The White House emphasis on shifting military assets to the Asia-Pacific region and concerns about Russian aggression in the Arctic require strong forces in Alaska.

“One person who’s going to be very pleased with this is Vladimir Putin,” Sullivan said.