You are here: Home / Department of Veteran Affairs

The Department of Veteran Affairs (VA) has announced the official launch of the Decision Ready Claims (DRC) initiative, a program that should deliver faster claims decisions for veterans.

Veterans who submit their claim under DRC with accredited Veterans service organizations (VSO) can expect to receive a decision within 30 days from the time VA receives the claim. These organizations include Disabled American Veterans, the American Legion, and Veterans of Foreign Wars.

VSOs will ensure that all supporting evidence (e.g. medical exam, military service records, etc.) is included with the claim submission. This advance preparation by the VSOs allows claims to be immediately assigned to claims processors for a quick decision.

The system has been in the pilot phase since May 1.

Under the DRC process, veterans can opt to do the paperwork legwork themselves ahead of time.

Then, a VSO representative can review the documents to ensure everything is in order. The VSO rep can then mandate additional evidence for the claim if it’s needed before the claim is submitted. Once filed, the VA has 30 days to respond.

The hope is that by shifting the legwork from VA representatives to veterans and VSOs, the claims backlog will be a thing of the past.

Of course, it will be up to each individual veteran to decide whether DRC will work in their case.

“It’s an aggressive pilot program, and we’re going to work with VA to make sure it works and meets the needs of veterans, that’s our top priority,” said Ryan Gallucci, VFW’s director of the national veterans service. “Anyone interested in this program should have an honest conversation with your veteran service officer.” 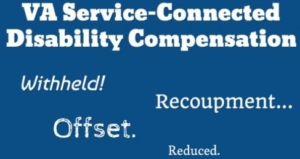 From 2010 to 2015, the Department of Veteran Affairs has taken almost half a billion dollars in military separation pay back from disabled veterans. Why? Two words- double dipping.

Close to 25,000 veterans were penalized as a result of a decades old federal law that bans the “double dipping” of government benefits.

Years after the military ramped up its force size for the Iraq and Afghanistan wars, as those conflicts wound down and budget sequestration kicked in, many service members were forced out of the military due to downsizing, and they got a nasty shock when they received a disability rating from the VA.

Servicemembers who accepted military separation pay will have to pay that money back to the VA if they later apply for disability compensation. Once their severance is fully repaid, usually through monthly withholdings, they can collect full disability payments.

In a letter, the VA’s Office of General Counsel offered little defense of that long-standing practice:

“Neither the statutory text nor the legislative history… provides clear insight into the ‘why’ behind the requirement that separation pay must be recouped from VA disability benefits.”

“There is a promise between the American public, the American taxpayer, and military service members, when they go in, when they serve and when they get out, they’ll have this support, and in my view, the federal government and the Congress are violating this contractual obligation,” said Democratic Rep. Mark DeSaulnier of California.

DeSaulnier would like to pass legislation to stop the recoupments, but finding funds to pay for it has stalled those plans in Congress. 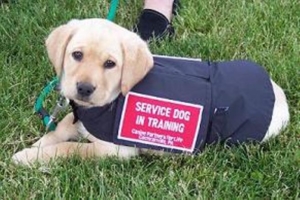 Mobility service dogs are now available for Veterans with mental disorders that prevent them from leaving their homes or moving around.  And the Department of Veteran Affairs (VA) has announced a pilot program to cover veterinary health benefits for the service dogs.
To be eligible for the veterinary health benefit, the service dog must be trained by an organization accredited by Assistance Dogs International (ADI) in accordance with VA regulations.

These dogs are distinguished from pets and comfort animals because they are specially trained to help their owners perform tasks such as getting out of bed, going outside to shop, or going to social functions.

While the VA already covers veterinary care for service dogs that assist blind or deaf veterans and those with mobility restrictions caused by a physical disability, this is the first time the benefit is being extended to veterans whose primary diagnosis is a mental health disorder.

The VA veterinary service benefit includes the cost of travel to get the dog and veterinary care and equipment such as harnesses or backpacks for the animal, comprehensive wellness and sick care (annual visits for preventive care, maintenance care, immunizations, dental cleanings, screenings, etc.), urgent/emergent care, prescription medications, and care for illnesses or disorders when treatment enables the dog to perform its duties in service to the Veteran.

The veteran is responsible for the costs of food, over-the-counter medications, grooming, boarding and any other dog-related expenses.

Additional information about the VA’s service dog program can be found here. 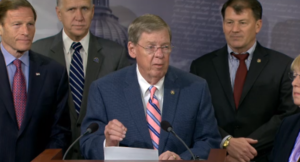 Many veterans who fought to protect and defend our country have continued to fight in order to get the support they need from the federal government. Fortunately, help is on the way for veterans living with hepatitis C, one of the greatest threats facing those who have served.

Congress has earmarked $1.5 billion in the just-passed budget for the Department of Veterans Affairs to treat veterans with hepatitis C.

While hepatitis C has reached epidemic levels nationwide, the veteran community has a hepatitis C infection rate that is nearly double the national average. For veterans, this deadly, blood-borne disease is a leading cause of liver failure, liver damage and liver cancer. It impacts veterans disproportionately due to a variety of factors, including battlefield blood exposure, emergency transfusions and mandatory vaccinations in the era before hepatitis C testing became common. It is estimated that as many as 230,000 veterans suffer from hepatitis C, a rate five times greater than the general population.

The cost of treatment is staggering. Newer treatments using modern drugs with fewer side effects and a higher cure rate cost over $1,000 per pill. That means a full treatment cycle needed to cure hepatitis C can cost over $84,000 per patient. While the VA does get a 50% discount from the drug maker, it’s still very expensive to treat all the veterans afflicted with the disease.

Ironically, the drug that can effectively cure 99% of all people infected with the hepatitis C virus was invented by a doctor who worked for the VA. That doctor sold the drug to a private company for around $400 million in 2012. The doctor estimates it costs $1,400 to produce a full treatment regimen of the drug. This is the same medication that the company charges $42,000 for, which reflects the 50% discount.

The VA has been seeking funding from Congress for years to treat infected veterans. The Senate Appropriations Committee followed the lead of military veteran and senator Mark Kirk (R-IL) and approved a budget for the that included the additional $200 million to fund critical hepatitis C treatments to make up the $1.5 billion for hepatitis C over the next two years.

The new influx of funds in this year’s budget should go a long way to provide needed treatment to seriously ill veterans and help cure many veterans who are not yet showing serious symptoms.