You are here: Home / Defense budget

President Trump said that he is putting “America first” through his proposed budget, which will focus on defense, law enforcement and veterans, using funds previously spent abroad.

According to the White House, President Trump is proposing to increase the defense budget by 10 percent. Trump also will request $30 billion in supplementary military spending for fiscal 2017, an administration official said.

Preliminary budget outlines are usually little-noticed administrative exercises, the first step in negotiations between the White House and federal agencies that usually shave the sharpest edges off the initial request.

But this plan — a product of a collaboration between the Office of Management and Budget director, Mick Mulvaney; the National Economic Council director, Gary Cohn; and the White House chief strategist, Stephen K. Bannon — is intended to make a big splash for a president eager to show that he is a man of action.

Defense spending accounts for almost the same proportion of the federal budget as all non-discretionary domestic spending, meaning that the Trump administration’s proposal will result in a roughly 10 percent across-the-board cut in all other federal spending programs.

Resistance from federal agencies could ease some of the deepest cuts in the initial plan before a final budget request is even sent to Congress. And Capitol Hill will have the last word.

The president’s proposed defense spending increase is just part of his full 2018 budget proposal to Congress that won’t be ready until May. At that point Congress will debate what parts should be adopted and what won’t pass muster with a majority of lawmakers in the House or Senate.

To meet Mr. Trump’s defense request, lawmakers in both parties would have to agree to raise or end statutory spending caps on defense and domestic programs that were imposed by the 2011 Budget Control Act. 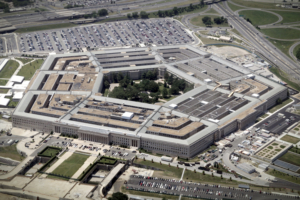 President-elect Donald Trump plan to “rebuild” the military with new fighter jets, ships and troops may not get too much opposition from the Republican-led Congress.

Trump’s Defense Department spending plans include 350 new Navy ships, 1,200 aircraft, equipment and weapons for at least 65,000 new Army soldiers and at least 13,000 more Marines, expected to come with a price tag in the neighborhood of $90 billion per year in spending increases.

He would, however, have to prevail over GOP fiscal hawks who have an aversion to deficit spending, as well as Democrats who want equality for both defense and non-defense spending.

Trump’s campaign proposed an action plan for the first 100 days, including a Restoring National Security Act, aimed at “eliminating the defense sequester” — assumed to mean repeal of the Budget Control Act and its multi-year caps — “and expanding military investment.” It would also expand health care options for veterans, protect infrastructure from cyberattacks and impose politically charged screening on immigrants.

Major defense companies’ stocks shot up in the wake of Donald Trump’s election victory, and for good reason, as experts predict firms like General Dynamics and Lockheed Martin will secure hefty contracts and boost hiring.

With that said, Trump faces an uphill battle convincing Democrats and fiscal conservatives in Congress that increasing the nation’s defense budget by billions of dollars is smart policy.

In service of Trump’s peace-through-strength approach, his proposed military buildup features an active-duty Army of 540,000 soldiers, a Navy of 350 ships, an Air Force fleet of 1,200 fighter aircraft and a Marine Corps stocked with 36 battalions. He has also said he also will build a “state-of-the-art missile defense system” and modernize the Navy’s cruisers to provide ballistic missile defense capabilities.

The proposed defense buildup will have natural allies in the armed services committees, and it dovetails with the traditional Republican argument that the military is overstretched, suffering from a critical readiness shortfall and in dire need of expansion.

President Obama’s veto of the 2016 defense authorization bill will not sideline next year’s military pay raise.

Last week, Obama sent the $612 billion bill back to Congress, saying it “fails to authorize funding for our national defense in a fiscally responsible manner.

While the veto may jeopardize other compensations, it does not alter plans for a 1.3 percent raise for troops, effective January 1. It does not affect enlistment bonuses, hazard pays, and other specialty compensation for which authorization must be renewed each year.

Obama had pledged to set the military pay raise at 1.3 percent, which falls below expected civilian wage growth. Lawmakers chose to allow that target to stand unchallenged.

At issue was about $38 billion that Republican lawmakers added to the Pentagon’s overseas contingency fund in order to get around mandatory spending caps enacted by Congress for fiscal 2016. Republicans had argued that the issue was better settled in the separate appropriations process, not the authorization process.

The military retirement changes would replace the traditional 20-year, all-or-nothing system for new enlistees with a 401(k)-style blended pension plan. Supporters have said the change would give the vast majority of troops some retirement payout upon leaving the service, while the current system benefits less than twenty percent of troops.

With a two-year budget deal in place, the heads of the House and Senate Armed Services committees see a relatively smooth path ahead for the recently-vetoed 2016 defense authorization bill. However, the pay raise certainty did not stop Republican lawmakers from making claims that Obama’s move would take money from servicemembers’ wallets.

“Let’s have a budget that properly funds our national security as well as economic security,” Obama said. “Let’s make sure that we’re able, in a constructive way, to reform our military spending to make it sustainable over the long term.”

The House’s reconsideration of the bill is set for November 5th. 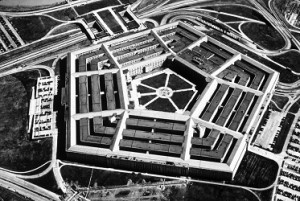