You are here: Home1 / Cyberattacks

Could cyberattacks against the Islamic State be the way to fight the extremists? The Pentagon is considering increasing efforts to disable the extremist group’s computers, servers and cellphones to disrupt potential terrorist attacks.

Military hackers and coders at Cyber Command have developed malware that some officials say are capable of sabotaging the militants’ propaganda and recruitment capabilities.

But the FBI and intelligence officials have some concerns about closing off ISIS’s communications, warning that an effort to constrict internet, social media and cellphone access in Syria and Iraq might also shut down access to ISIS’s locations, leadership and intentions.

Another concern is the repercussions these  actions might have on humanitarian aid organizations, opposition groups, and U.S.-backed. And because computer viruses don’t respect boundaries, there is the possibility that the malware could spread to computers outside the country.

Following the terrorist attack in San Bernardino, CA, Pentagon officials are preparing to step up cyberoffensives in light of the evidence that the husband and wife shooters who killed 14 people on December 2nd  had become self-radicalized via the internet.

For now, the White House is leaning toward more targeted cyberattacks, pinpointing specific phones, computers or other digital devices used by the militants.

Responsible for U.S. offensive operations in cyberspace, Cyber Command has targeted some computer networks and social media accounts since August 2014.

But some experts warn that a blackout could backfire, with ISIS militants using alternatives methods such as flash drives, satellite phones, or other devices or platforms.

After Twitter began shutting ISIS’s official accounts in 2014, they encouraged operatives and followers to use encrypted social apps and stronger privacy settings, making it more difficult to monitor their activities.

Intelligence officials say ISIS has become adept at changing computers, cellphones and messaging apps when one is compromised.

When its websites are shut down or recruiters are blocked, they often switch to other sites or accounts and the communication gets out.

After the increased cyber activity over the last year, including acts of cyber terrorism, the U.S. Department of Defense has heightened its efforts to become better equipped to fend off cyber threats. But according to the Pentagon, the U.S. is still a long way from having the capabilities and resources needed to repel a massive cyberattack from a major world power or highly advanced cyberterrorists.

As of the beginning of April, 2015, approximately 50% of the teams are operational. The department expects to have all of the teams ready to go by October, 2016.

In order to remedy their shortcomings and add manpower, the DOD is looking into unconventional methods for attracting tech experts into the department. One way that the department is doing this is by a full-scale recruitment campaign in Silicon Valley. The Pentagon is looking for ways to harness the brilliant minds, expertise, and innovations that the region is producing by offering cyber specialists positions in the National Guard, Reserves, and also in non-military roles within the DOD.

“We’re thinking about ways we can get new pipelines or tunnels of talent into the department from non-traditional places,” said Eric Rosenbach, Assistant Secretary of Defense for Homeland Defense and Global Security.

One of the biggest challenges that the Defense Department faces is maintaining the level of training that is needed for the task of cyber defense. This task requires that they stay on top of the constantly changing technologies, how to use them, and how to prevent others from using them against us. This requires persistent training and constant personnel certification and recertification.

Seeking help and manpower from the source of the country’s tech community is a brilliant strategy. There are many Americans in and near Silicon Valley that have brains for science and innovation, but also possess the hearts of patriots and a love for their country. With the right incentives and opportunities in place, these tech experts could be manning our cyber defenses, and innovating our nation’s cybersecurity program into the world’s leading cyber force.

Officials from the MDA have begun undertaking these measures due to the fact that North Korea has fielded hundreds of missiles that have the capability of reaching U.S. forces based in Japan and South Korea. Despite the ongoing negotiations for a nuclear treaty, the MDA is also concerned with Iran’s development of more sophisticated missiles. These missiles endanger U.S. and allied naval vessels in the Persian Gulf, as well as commercial shipping on the Strait of Hormuz. The MDA contends that both North Korea and Iran could achieve the capability of launching an intercontinental ballistic missile as early as this year.

In March, 2015, the Pentagon launched a full review of missile defense programs and capabilities, a necessary action after the budget cuts to the Army and Navy. The review is being carried out by an office within the Joint Chiefs of Staff, with the intention of meeting defense requirements with the forces required under the new budget. But the demand for regional ballistic missile defense forces clearly exceeds what the military services are able to provide after budget cuts.

In the meantime, the MDA is carrying out more exercises to prepare for possible missile attacks, while increasing the tempo and complexity of its testing, reducing costs, and investing in new technologies.

The MDA is also working with the DOD’s chief weapons tester and military commands operating missile defense systems to ensure defense against escalating cyberattacks. The agency has completed dozens of inspections and tests to improve the cyber defenses of its weapons systems, guarding against attacks by insiders, and ensuring that contractors and suppliers do a better job protecting their computer networks. The MDA is also working with federal law enforcement to track and hunt down cyber attackers. 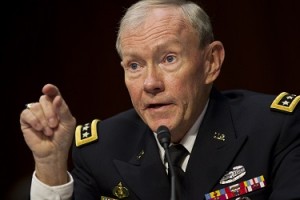