You are here: Home / combat veteran

Well, Iraq and Afghanistan Marine combat veteran and double-amputee Rob Jones would disagree with you there. The 32-year-old Jones is running the equivalent of 31 marathons in 31 days on two prosthetic limbs to raise money for veterans’ charities.

Jones lost both legs above the knee in 2010, four months in to his second deployment, when an improvised explosive device detonated under his feet in Helmand province in Afghanistan.

“When a veteran comes home and they’re wounded, whether psychologically or mentally or physically, that doesn’t mean they’re now disabled, broken, or incapable of contributing to society,” Jones said.

Seven years after losing his legs, Jones’s “31 in 31” kicked off on October 12th in Hyde Park, London.

“I’m trying to be an example of a veteran who’s had a traumatic experience overseas and I came back and I found my new way of helping society, staying in the fight, and contributing to my family and to America,” Jones said.

Jones was medically retired in December 2011 and was outfitted with a pair of bionic knees and prosthetics legs at Walter Reed Army Medical Center, where he relearned how to walk. As part of his physical rehabilitation, he took up rowing. Then cycling. Now running.

Jones hopes to raise up to $1 million for three charities he credits with aiding him in his recovery: Semper Fi Fund, Coalition to Salute America’s Heroes, and Stephen Siller Tunnel To Towers Foundation.

Jones finishes his run at the National Mall in Washington on Veterans Day.

If you would like to support this hero’s journey, visit http://www.robjonesjourney.com/ 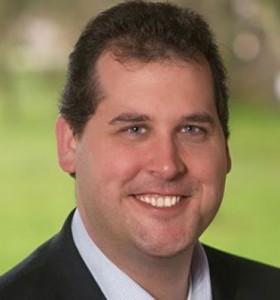