You are here: Home1 / Chris Kyle

In a memoir published Monday, Taya Kyle describes the lawsuit won by Jesse Ventura as “sort of torture,” expresses amazement she lost the case, and said the money the jury awarded Ventura wiped out all the income her estate had made on her late husband’s bestselling book, “American Sniper.”

Taya Kyle, widow of “American Sniper” author and former US Navy Seal Chris Kyle”has penned her own memoir, “American Wife.” While the book mostly deals with the relationship with her late husband, Chris, and the aftermath of his 2013 murder, she also addresses Jesse Ventura’s defamation trial. Because Taya Kyle is the executor of her husband’s estate, she named as the defendant after her husband’s death

Ventura sued Chris Kyle for defamation after Kyle told a story in his book “American Sniper” about a confrontation he had with someone he called “Scruff Face,” who made a statement about Navy SEALs, saying that they “deserve to lose a few.” Kyle claimed that he “laid him out,”

Ventura claimed that Taya Kyle wouldn’t have to pay a dime of the award because it would be covered by an insurance company. But the insurance company would only cover $500,000 of the judgement, leaving the estate responsible for $1.3 million.

“Paying off the verdict would take all that we made from the book, and more,” she wrote. The verdict has been appealed to the 8th U.S. Circuit Court of Appeals.

Ventura has stated that he “refused to settle because to me it wasn’t about the money, it was about the truth.” If that were truly the case, it would be wise of him to donate the money, possibly to a military charity, rather than put it in his pocket.

Taya Kyle wrote that “a parade of witnesses” testified to “parts of Chris’ version of events” and she was certain the jury would side with her: “The accounts differed slightly, which of course makes sense: No two people ever remember things that happened six years later the same.”

She was “stunned,” she wrote, when she learned the jury, on an 8-2 vote, sided with Ventura, and wondered if the verdict would have been different if the trial were not in St. Paul, “where Ventura’s portrait hangs in the State Capitol.”

Military Connection: Another Loss for Taya Kyle: By Debbie Gregory 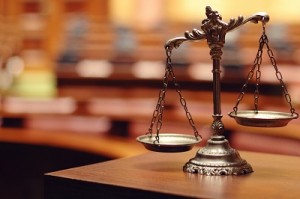 As a Veteran, how would you react if someone falsely claimed that you said members of your former service had “deserved” to die? What would you do if the person saying this also claimed to have beaten you up for it? And suppose that the person making these claims against you made $6 million from a book that sold 1.6 million copies, in-part due to the false claims against you? What would you do?

The answers to these questions would seem to be pretty obvious. More than likely, you would sue the person making false claims against you. Well, this scenario did play out in real life, and has caused a huge controversy. The person who made this false claim was well-respected war hero, Chris Kyle. And the Veteran who was targeted was none other than actor, former professional wrestler, and former-governor of Minnesota, Jesse Ventura.

Ventura served in the Navy from 1969-1975, and was a member of the Navy’s Underwater Demolition Team (UDT) the predecessor to the Navy SEALs. Ventura, though not a SEAL, is considered part of the SEAL community, and is often invited to official functions.

Kyle, a former Chief Petty Officer in the U.S. Navy SEALs, has been awarded two Silver Stars and five Bronze Stars, along with numerous other decorations. He also holds the distinction of accumulating 160 confirmed kills as a sniper during his career, earning him the nickname “The Devil of Ramadi”.  On February 3, 2013, Kyle was killed by a Marine Veteran whom he was helping.

In his book “American Sniper,” Kyle claimed that he got into a fight with a man at a bar near San Diego, and knocked him out. Kyle claimed his foe denounced the war and disrespected fallen SEALs by saying they “deserved to lose some” for their part in the war. When promoting his book, Kyle stated on a radio show that this foe was Jesse Ventura.

Ventura states that the event never happened, and that more importantly, as a Veteran from a military family where his father and brother also served, he would never say remarks to that affect.

Ventura gave Kyle the chance to apologize and retract his story before proceeding with a lawsuit. Kyle refused. Instead, the then-37 year old insinuated that he and the then-61 year old Ventura should fight. Kyle’s book was still on shelves and the claims were still on the internet. Ventura sued Kyle in 2012, before he was killed.

People still condemn the hard-nosed Ventura for proceeding with the lawsuit against Chris Kyle’s estate. And on July 29, 2014 when a Minnesota jury found in favor of Ventura, awarding him $1.845 million from Kyle’s estate, the media vilified the older Veteran.

It makes you wonder what other Veterans would do if their loyalty to their service was called into question. Perhaps Ventura will donate a large portion of his settlement to a Veteran charity, so that some good can come out of so much tragedy.

Military Connection: No Win for 2 Veterans: By Joe Silva