You are here: Home1 / cholangiocarcinoma 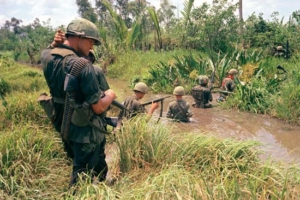 A slow-killing parasite may have been brought home from the jungles of Southeast Asia by many Vietnam veterans. The government posted a warning on its website this year saying veterans who ate raw or undercooked freshwater fish while serving  in Vietnam might be at risk.

Of the 50 blood samples examined in a pilot study commissioned by the VA at Seoul National University, more than 20 percent came back positive or bordering positive for liver fluke antibodies.

Liver fluke is a collective name of a polyphyletic group of parasitic trematodes under the phylum Platyhelminthes. They are principally parasites of the liver of various mammals, including humans. Though rarely found in Americans, the parasites infect an estimated 25 million people worldwide.

Liver fluke can lay dormant in a person for up to fifty years before swelling and inflammation of the bile duct occurs. This can lead to, intense pain, jaundice, itchy skin, weight loss, cancer and other symptoms. The symptoms generally appear only when the disease is in its final stages. The ironic thing about this is that liver fluke parasites can be easily removed from the body if the condition is treated early on. Untreated, the inevitable will happen over time but there are no early symptoms to warn a potential victim.

America’s involvement in Vietnam lasted from 1957 until 1975. Approximately 2,700,000 American men and women served.  It was the first war in which the US failed to meet its objectives. It was also the first time America failed to welcome its veterans back as heroes. Many veterans were attacked personally by their fellow countrymen, who opposed the war.

The VA has treated approximately 700 veterans with cholangiocarcinoma over the past 15 years.