You are here: Home1 / Choice Act 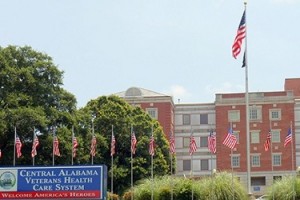 This has been a very distressing and eventful year for the U.S. Department of Veterans Affairs (VA), as well as the Veterans it serves. The year began with allegations of scandal, corruption and improper care from the VA and its healthcare component, the Veterans Health Administration (VHA).

Claims of long wait times for VA care contributing to the deaths of more than 40 Veterans got the nation’s attention. Next came the follow-up accusations that VA employees deliberately altered records in order to appear to be in compliance with VA regulations. The substantiation of some of these accusations led to the resignation of Gen. Eric Shinseki as the secretary of the department. These events also led to Americans calling for VA reform.

The public outcry led to the August, 2014 passing of the Veterans’ Access to Care through Choice, Accountability, and Transparency Act of 2014, commonly referred to as the “Choice Act.”  Now in effect, the act is providing better care for Veterans enrolled in the VA healthcare system through the hiring of more doctors and staff at VA facilities. It also has a provision to allow Veterans to seek private care if a VA facility cannot grant them an appointment within a reasonable amount of time.

Among other benefits, the Choice Act increases the VA secretary’s authority to fire senior executives. This measure is an attempt to end corruption and misconduct,  while increasing effectiveness among VA employees at all levels.

On October 29, 2014, the VA removed the Director of the Central Alabama Veterans Healthcare System (CAVHCS) from federal service. The decision was made following an investigation by the Office of Accountability Review (OAR) in which allegations of neglect of duty were substantiated.

This removal was done in accordance with provisions made under the Choice Act, and underscores the VA’s commitment to hold leaders accountable and get Veterans the care they need.  The OAR reports directly to the Secretary of Veterans Affairs, and assists VA facilities in accelerating leadership accountability actions, while ensuring that such actions are applied consistently across the department.

While there is still a long road ahead, this dismissal shows that VA reform is taking place, and that VA Secretary Robert McDonald is working to improve the department and provide Veterans with the care they deserve.

The Veterans Health Administration will begin recruiting for a new director for CAVHCS.