You are here: Home / Chief of Air Mobility Command 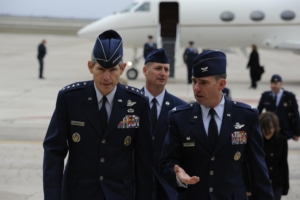