You are here: Home1 / Campaign to Change Direction

The VFW has recently launched a campaign to reduce the stigma surrounding mental health, raise awareness, foster community engagement, improve research, and provide intervention for veterans, service members, and their loved ones who may be suffering from invisible injuries or emotional stress.

“We are proud to be joined by the nation’s leading mental health organizations to help change the veteran’s narrative — the veteran’s brand — which right now has America regarding us more as individual heroes instead of strategic assets in every community,” said Duffy, who is the first Operation Desert Storm veteran to lead the 117-year-old VFW.

The VFW Mental Wellness Campaign leverages the power, influence and reach of nearly 1.7 million members in more than 6,600 VFW Posts around the world with the nation’s leaders in mental health care, research, and peer-to-peer support. Give an Hour has provided free mental health care to service members and their families for 11 years by “harnessing civilian mental health professionals and asking them to step up and give service, give their time to provide care,” according to Van Dahlen. The nonprofit also launched its Campaign to Change Direction nearly two years ago in an effort to “change the greater culture” surrounding mental health. MilitaryConnection.com is a long-time partner of Give an Hour, and has made the pledge to support Change Direction.

Non-profit One Mind also aims to reduce the stigma surrounding mental health. One Mind is building online communities to help those affected by PTS and TBI to connect, learn, share with others, track their progress, become better informed and advocate more effectively for their own health and the health of those they love.

PatientsLikeMe allows users to share symptoms, treatment info, and health outcomes. The website turns information into millions of data points, and then aggregates and organizes the data to reveal new insights. They then share back what they’ve learned with everyone and share the patient experience with the industry so they can develop better products, services, and care.

When Command Sgt. Maj. Christopher Greca posted on Facebook that he was taking time off to deal with physical, mental and emotional issues, he did so with the hopes of helping others. Perhaps if someone in his position could reach out for professional help, it could go a long way in de-stigmatizing asking for and receiving treatment.

Greca wrote, ““I was struggling a bit over the past few years and more so in the past 6 months — physically (knee/neck surgeries, balance issues, vision), mentally (lack of sleep, memory and concentration), and emotionally (withdrawing, losing interest in what were formerly fun activities). All these things made me realize I needed some professional help.”

He ended the post by saying, “I share my story as an example of a Soldier/Service Member who needed help, recognized this with the assistance of family/friends, and got it! Now I am ready to better resume my duties as the Central Command CSEL, and am in a much better place physically, mentally, and emotionally to serve all throughout the AOR! Please share as this Senior Leader was not afraid to ask for help when he needed it — AND NEITHER SHOULD YOU!”

Greca’s message echoes that of Give An Hour (GAH). Their providers are working to reduce the stigma associated with mental health by participating in and leading education, training, and outreach efforts in schools and communities and around military bases.

GAH’s Campaign to Change Direction encourages everyone to learn the five signs that may indicate someone in emotional pain. By knowing what to look for, we can all recognize the symptoms and encourage those who are suffering to get help.

Military Connection is a proud partner and supporter of both Give an Hour and the Campaign to Change Direction. We salute them for the great work they are doing. 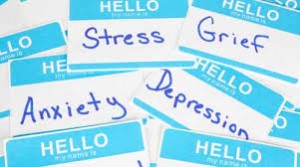