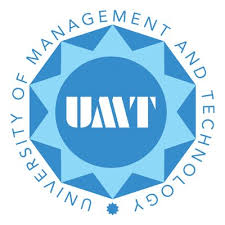 The University of Management and Technology (UMT), long an educational destination for active-duty military members, has lost tuition assistance (TA) reimbursement from the government.

Tuition Assistance is a benefit paid to eligible members of the Army, Navy, Marines, Air Force, and Coast Guard. Congress has given each service the ability to pay up to 100% for the tuition expenses of its members.

UMT has been on probationary status since January due to what the Department of Defense (DoD) termed “national security concerns.”

“UMT was disappointed that the Department of Defense suspended its participation in the Tuition Assistance program before UMT had any notice or opportunity to respond,” Dean Frame said in a statement.

Since military-affiliated students make up the majority of the student population, this could impact the school’s future.

A school spokesperson said in a  statement that the school is working to resolve the issue and hopes to be reinstated into the TA program as soon as possible. Meanwhile, it “is committed to working with active duty military students to explore other avenues for funding their ongoing educational programs.”

Air Force Maj. Carla Gleason, a DoD spokeswoman, said DoD counselors are available, in person or over the phone, to discuss students’ options with them — whether it be transferring to a new institution or pausing their studies.

Tuition assistance will cover tuition, as well as course-specific fees such as laboratory fees or online course fees. The benefit does not cover books and course materials, flight training fees, repeating a course, or continuing education units, which may be covered by other funding opportunities.