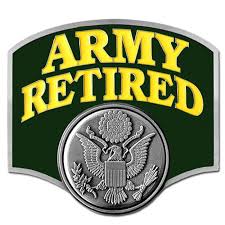 Soldiers who have served in the U.S. Army at least 15 years but less than the 20 years and are eligible for the Temporary Early Retirement Authority (TERA) program will only have until January 15th to submit their requests through their chain of command.

In recent years, each military branch has used different methods to reduce force size, including offering servicemembers the opportunity to get an early transition from active duty to the Guard or Reserves, transition to another branch of the military, or even separate early through Force Shaping or other measures.

Members retired under the TERA program receive the same retirement benefits as those that retire under the 20-year program – complete with TRICARE and TRICARE for Life, starting immediately upon retirement, the same COLA adjustments, base access, ID Card, etc. – the only difference is their retirement pay is reduced.

TERA, in general, applies to both officers and enlisted.

In a December 15th memo, Army Secretary Mark Esper said that the end of the Army’s drawing down of its force strength was the reason why he has decided to rescind the TERA program.

Applications will be approved or denied by February 28, according to the memo.

TERA was an effective tool for drawing down the Army’s end strength, but now needs to grow its active-duty force strength by September with an additional 7,500 soldiers.

Soldiers who are awaiting the results of pending 2017 promotion boards after January 15th will have 30 calendar days following the promotion announcements to submit an early retirement request to their chain of command.

Soldiers who are approved to retire through the TERA program will be required to separate by September 1st.