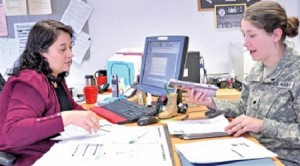 Service members who are separating from active duty have numerous obstacles to deal with. Often relocating, finding housing and finding employment are at the top of long lists of things to do. Sometimes timing can be the difference between a successful separation and one that leaves a Veteran struggling in the civilian word. It is for this reason that the U.S. Army is once again allowing early separations of up to six months to enlisted soldiers.

To assist soldiers separating as part of the draw-down, an Army policy effective in 2014 gave senior commanders the authority to approve a soldier’s voluntarily early separation if the separating soldier had a documented job offer in the civilian sector. The policy extended to soldiers who were barred from re-enlisting because their occupational specialties had been deemed over its strength size. These early-out policies are expected to remain in effect through 2015.

Soldiers of the Regular Army who are approaching their expiration term of service (ETS) can apply for early separation under two eligibility categories: Employment Separations, and those barred from re-enlistment.

Regular Army soldiers who are approaching their ETS, who elect not to re-enlist or extend their active-duty service, may request an early separation of 180 days in advance of their ETS, for the purpose of accepting employment.

Soldiers applying for early separation for employment purposes must have full time employment lined-up. The job must meet the soldier’s income requirements, as indicated in the 12-month post-separation budget completed as part of the Transition Assistance Program.

Soldiers wishing to separate early must provide a written statement from their prospective employer, indicating the job offered, whether it is full-time or part-time, the amount of the compensation, and whether that compensation will be salaried or hourly. The statement also must indicate the start date of the employment, and how early separation from service will facilitate acceptance of the job offer, and how a delay would cause hardship.

Separation dates will usually be no earlier than ten days prior to the employment start date. Approval authorities can extend the separation to 30 days, if soldiers require additional time to relocate for employment.

The second eligibility category applies to soldiers who are barred from re-enlisting. These men and women can request early separation up to 90 days before their contractual ETS.

MOS and skill levels to be affected by the Precision Retention Program will be announced by the Human Resources Command in an upcoming message to field units.

Soldiers who are denied re-enlistment will be notified six months before their ETS, and will be assigned retention code “9F,” indicating they are barred from re-enlisting by the secretary of the Army because of “force-shaping requirements.”

Soldiers can request early separation through their chain of command using a DA Form 4187 (Personnel Action). Early separation can be approved by Army commanders who hold special courts-martial convening authority, or higher. These officers are usually in the ranks of colonel (O-6) and higher. In assessing applicants for possible separation, commanders must determine that a soldier is not mission-essential to his or her unit.

Soldiers who are approved for separation under this program will not be required to repay the Army for any unearned portion of a bonus or special pay. Their character of service will be considered HONORABLE and the reason for separation entered on their DD Form 214 (separation document) will be “reduction in force.”

For assistance with the program, soldiers should contact their local career counselor.

The following soldiers are not eligible for early separation under this voluntary program:

• Members of the National Guard and Army Reserve.

• Soldiers who were ordered to active duty because they failed to meet the requirements of an educational agreement with the Army.

• Soldiers who will have less than 36 months of total service at the time of separation.

• Soldiers who have an approved retirement code in the Total Army Personnel Database.