You are here: Home1 / Apprenticeship 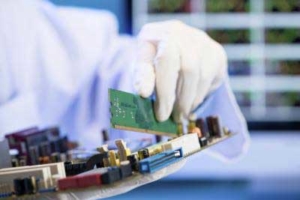 In today’s competitive job market, those seeking employment must create their own career paths by seeking out opportunities to develop skills and experience.

Both on-the-job (OJT) and apprenticeship training programs are available for Veterans using their VA education benefits, including the Post-9/11 GI Bill. These programs allow Veterans to learn a trade or skill through training on the job participation rather than attending formal classroom instruction.

The programs offered typically include a training contract for a specific period of time with an employer or union. At the end of the training, a job certification is issued or journeyman status achieved.

While most Veterans receive a salary from the training employer or union during training veterans can expect that as their skills increase, so may their salaries. GI Bill payments are issued monthly after VA receives certification of hours worked from the employer or union.

There are a wide variety of on-the-job and apprenticeship opportunities available to veterans. Unfortunately, these programs are not available to active duty service members or spouses using a transferred benefit.

Post-9/11 GI Bill recipients. The payment rates are as follows:

Employers interested in participating in this program should review the Understanding On-The-Job Training & Apprenticeship Approval Guide. Employers can also contact their local State Approving Agency to determine which programs Veterans should enroll in to maximize their VA educational benefits.