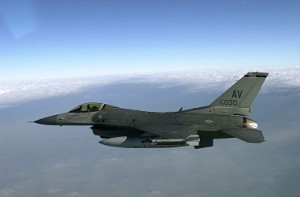 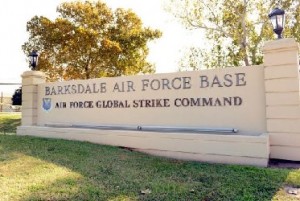 The new facility will be known as the Nuclear Leadership Development Center, and will be housed at Barksdale Air Force Base, near Bossier City, Louisiana. The Global Strike Command intends for the center to help educate nuclear airmen, and make them better leaders. The new facility will help ensure that airmen get the proper training, find opportunities for assignments, and assist them in reaching their full career potential, while complementing other educational and professional development programs.

The Global Strike Command pushed for the new facility after growing concerns over the Air Force’s lack of focus on the branch’s nuclear mission, and the shortage of development opportunities for airmen in the nuclear field. The Global Strike Command hopes that the creation of the Nuclear Leadership Development Center will allow the Air Force to address those shortcomings, while bringing back a nuclear focus to the command’s education and professional development programs.

The Air Force has not yet released a date for the center’s opening, as the project is still in the planning stages. The Air Force is still developing a curriculum of both classroom and online training courses for airmen to take.

The center will first develop a curriculum of nuclear education and professional development for officers, and will later develop similar curriculum for enlisted personnel, as well as one for civilians. The purpose of the Nuclear Leadership Development Center will be to create a culture that inspires leaders and makes them nuclear experts.

A facility of this type will prove to be beneficial to the service members and civilians who are selected for education. Whether they choose to continue to serve in the Air Force, or other departments of the DOD, or eventually move on to become civilian contractors, training at a facility such as this could really boost both military and civilian careers. 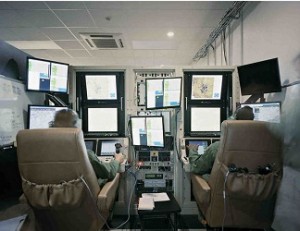 It can be argued that the function of the Air Force’s nuclear missile community is among the most sensitive operations in the entire U.S. military. But recently, issues with discipline, leadership, morale and training have plagued the USAF commands in charge of nuclear missiles. Consequently, two nuclear commanders were fired and a third was disciplined.

On November 3, 2014, Col. Carl Jones, vice commander of the 90th Missile Wing at F.E. Warren Air Base in Wyoming was relieved of his duties, and reassigned as a special assistant to the wing commander. The 90th Missile Wing is responsible for 150 Minuteman 3 nuclear intercontinental ballistic missiles. It has been reported that Col. Jones was dismissed “for a loss of trust and confidence in his leadership abilities.” Reports of multiple incidents of extreme behavior prompted allegations of conduct unbecoming an officer and a gentleman, as well as cruelty and maltreatment of a subordinate.

The other officer who was relieved of command was Lt. Col. Jimmy Brown of the 741st Missile Squadron at Minot Air Force Base in North Dakota. Brown was relieved of his duties for apparent “loss in confidence” in Brown’s ability to lead his squadron by Col. Michael Lutton, commander of the 91st Missile Wing, which oversees the 741st.

One of the main incidents that led to Lt. Col Brown’s dismissal occurred in March, 2014, when crew members under his command fell ill due to exposure to fumes. Air Force leadership believe that Lt. Col Brown failed to fulfill his responsibilities as a commander by ensuring the safety and well-being of his airmen.

Another officer in the 91st Missile Wing disciplined after the investigations at Minot AFB was. Col. Richard Pagliuco, commander of the 91st Operations Group, which is in charge of all three missile squadrons at Minot.  The Air Force found that Col. Pagliuco “failed to promote and safeguard the morale, well-being and welfare of the airmen under his command.” Although Col. Pagliuco received disciplinary action in the form of a letter in his personnel file, he remains at his position.

The punishments issued to these three commanders were the latest in a series of dozens of disciplinary actions against senior nuclear officers over the last two years.

In June, 2013, Lt. Col. Randy Olson, commander of the 91st Operations Support Squadron was fired. Olson was responsible for the training and proficiency of launch officers at Minot. Shortly after his dismissal, stories emerged that 19 launch officers had been taken off the job.

In August, 2013, Col. David Lynch was fired as commander of security forces for the 341st Missile Wing, following a failed nuclear inspection.

And in March, 2014, nine officers were dismissed at Malmstrom Air Force Base in Montana, following an investigation into an exam-cheating scandal. Col. Robert Stanley resigned, and wrote in a goodbye message that he regretted having let down the American people. On the same day, the 90thMissile Wing at F.E. Warren disclosed that it had fired Col. David Holloway, but never released a full explanation as to why.