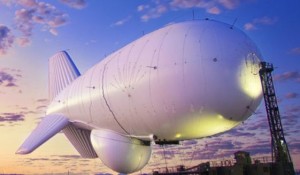 The Pentagon is quietly working to set up an elaborate network of defenses to protect American cities from a barrage of Russian cruise missiles.

Military officials are working on ways to better protect U.S. cities that involve F-16 fighter jets, working in concert with sensor-laden aerostat balloons and warships. National Guard F-16 fighter jets would be able to spot and shoot down fast and low-flying missiles.

The Pentagon’s overall cruise missile defense plans, much of which remain classified, have been hinted at in speeches, congressional hearings and other public forums over the past year. The statements reveal the Pentagon’s concern about advanced cruise missiles being developed by Russia.

Adm. William Gortney, who leads U.S. Northern Command (NORTHCOM) and North American Aerospace Defense Command (NORAD), highlighted the Kh-101 cruise missile as the kind of threat the Pentagon was find a way to counter. The weapon is being developed by Russia and has a range of 1,200 miles.

Intercepting cruise missiles is far different from shooting down a missile of the ballistic variety. Launched by ships, submarines, or even trailer-mounted launchers, cruise missiles are powered throughout their entire flight. This allows them to fly close to the ground and maneuver throughout flight, making them difficult for radar to spot.

“The only nation that has an effective cruise missile capability is Russia,” Gortney said at a House Armed Services strategic forces subcommittee hearing earlier this year.

Rather than having to shoot missiles down, which is an expensive option, Pentagon officials are focusing on the delivery platform.

“The best way to defeat the cruise missile threat is to shoot down the archer, or sink the archer, that’s out there,” Gortney said. He added that the Pentagon needed to expand its strategy to “hit that archer.”\