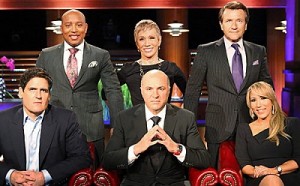 Since 2009, hundreds of entrepreneurs have braved the waters of ABC’s “Shark Tank” for a chance to sway the panel of sharks to invest in their business or product. Just in time for Veterans Day, 2014, the reality show will be airing an all-Veterans episode.

As most people know, “Shark Tank” is a reality television show that allows entrepreneurs to make a sales pitch to a panel of established tycoons, called sharks, in the hopes that the sharks will invest in their business or product. The sharks can choose to make investment offers to the contestants or opt out on a deal. But sometimes, the sharks offer deals that are like a feeding frenzy. Contestants should beware when the sharks start circling.

Many clever products and brilliant business people have appeared on the show and made big deals, but for most episodes, the sharks are the stars. The current list of sharks include: Kevin O’Leary, a financial investor who made it big after selling his software company, Daymond John, founder of the FUBU clothing brand, Barbara Corcoran, a New York real estate mogul, Robert Herjavec, who founded two successful internet security companies, Lori Greiner, the “Queen of QVC,” and Mark Cuban, software tycoon and owner of the Dallas Mavericks, arguably the most recognizable shark.

Veterans and fans of the show won’t want to miss the episode that airs on Friday, November 7. For once, the sharks will not be the stars of the show, instead, Veterans will steal the spotlight. A Marine from Columbus, OH, an Army Captain from Louisville, KY, and a Navy SEAL from Tucson, AZ will attempt to capture the sharks and earn money for their businesses.

This special episode of Shark Tank is a great way to show Veterans how entrepreneurship can be a viable option for them after they separate from the military. The all-Veterans episode also gives the show’s viewers further insight into the struggles that Veterans have transitioning when their service to their country is through.

Be sure to check your local listings for ABC’s “Shark Tank.”