You are here: Home1 / ABA therapy 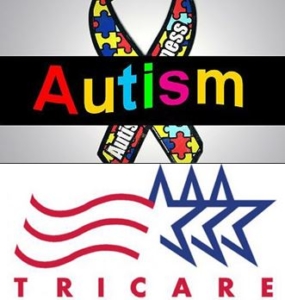 Now that the 2016 presidential election is in the books, Congress needs to finish work on a fiscal 2017 defense authorization bill that is already overdue.

This unfinished business is of the utmost importance for military families who have children with autism.

Language in both the House and Senate versions of the defense bill orders the Department of Defense to restore TRICARE reimbursement rates for applied behavior analysis (ABA) therapy for children with autism spectrum disorder to the higher levels paid until last April.

Rate cuts to the benefit have spurred many ABA providers to discontinue their care for some 13,000 military children. The low fees make it impossible for these providers to run their businesses.

ABA therapists work with children, often in their homes, to increase or decrease targeted behaviors and to help them acquire language, daily living or play skills. It also can involve intensive behavioral interventions.

The managers of TRICARE autism care recently held their third “roundtable discussion” this year with ABA providers and regional contractors to discuss current operations and changes ahead.

TRICARE fees typically are set to match those paid by Medicare.  Because Medicare has no rates for ABA therapy, TRICARE decided to use local Medicaid rates plus 28 percent, which is the average difference between Medicaid and Medicare rates for other common mental health therapies.

Tricare had been reimbursing for ABA therapy at $125 an hour for providers with doctorate or master’s degrees, $75 for those with bachelor’s degrees and $50 for technicians with high school diplomas and ABA training.

The reduced reimbursement rate was cut to $114 for doctorates, $107 for master’s degrees, $67 for bachelor degrees and $40 per hour for technicians.