Military Blog
You are here: Home / Survey Reveals Increase in Post-9/11 Veterans who have Considered Suic... 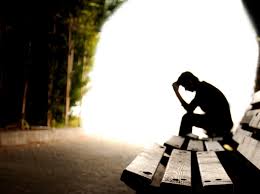 A new survey of more than 3000 post-9/11 veterans by Iraq and Afghanistan Veterans of America (IAVA) revealed an increase over a previous study in the number who contemplated suicide since joining the service. IAVA is the nation’s first and largest nonpartisan organization for veterans of the wars in Iraq and Afghanistan

The survey found that 40 percent of veterans polled had considered suicide at least once after they joined the military, up from 30 percent in 2014. Many of those survey also expressed feelings that the Veterans Affairs and Defense departments aren’t doing enough to address the suicide problem, as well as addressing mental health injuries, with 80 percent believing their peers aren’t getting the care they need.

“It shows that mental health challenges and access to care continue to impact veterans in all facets of their lives,” IAVA CEO Paul Reickhoff said in a release accompanying the survey results.

The statistic on veteran suicide is typically quotes as 22 veterans each day, which is a national tragedy.

Nearly 60 percent said a family or friend suggested they seek mental health treatment and 77 percent said they sought help because of these suggestions.

There are literally hundreds, if not thousands of non-profit organizations that are working to address veteran suicides and eliminate them. Many of them have been formed by veterans who are looking out for their brother and sisters. Many of them are working to destigmatize mental health issues and show that asking for help is truly courageous.

The passage of the Clay Hunt Suicide Prevention for American Veterans Act of 2015 was a landmark, bi-partisan effort that showed America its politicians can work together, and that veterans’ issues are everyone’s issues.