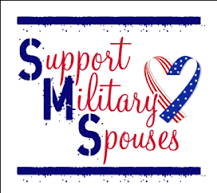 Military spouses have been and continue to be the backbone of military families. Unemployment and underemployment of military spouses not only affects individual families, but it’s costing the U.S. economy — to the tune of about $710 million to $1 billion a year, according to a new report

Military spouses face hurdles in their job search that their civilian counterparts do not.

There are those who think that military spouses don’t need to work. Some do. Some want to. But that should be their decision.

They move. A lot. The average military spouse will move 8-12 times over the span of a 20 year career. This could easily be seen as a problem when an employer looks at a resume.

Often times, military bases are in the middle of nowhere, making jobs scarce. Remote military locations have limited types of jobs, not all of which are suited for military spouses.

Military spouses are often filling the role of both parents.

The answer to this problem? For starters, employers need to be educated on the qualities that military spouses and veteran spouses have, and the skills they bring to prospective employers.

Employees who are part of the Military Spouse Employment Program understand the added benefits that military spouses can bring to the table.

If you are in a hiring position, we hope that when military spouses and veteran spouses come across your radar, you give them a fair chance.