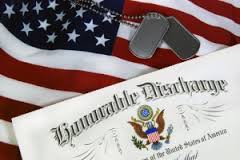 “Clear guidance will ensure that all service members who are impacted by combat or military sexual assault-related trauma receive fair consideration of their medical conditions prior to their separation from the military and will ensure that fair, consistent and transparent standards are applied across the services,” the senators wrote.

The Department of the Navy has already updated its administrative separation policy to ensure a diagnosed mental health condition takes precedence over misconduct when a sailor or Marine is being involuntarily separated. But the other branches of the military have not yet made similar changes to their policies.

The senators made reference to a May 2015 inspector general report that found sexual assault survivors who engage in trauma-related misconduct are at an increased risk of being involuntarily discharged under less than honorable conditions than the general military population.

Additionally, combat veterans with PTSD or Traumatic Brain Injury (TBI) may exhibit irregular behavior, have difficulty performing at work, or battle substance abuse. These disciplinary infractions can often be mischaracterized as misconduct rather than symptoms of a mental health condition.

“Their chain of command may not understand that these disciplinary infractions can be symptoms of mental health conditions,” they wrote.

Involuntary discharges have a number of negative consequences including increased rates of suicide, homelessness, and employment discrimination.

While changes have been made in recent years, they said, more needs to be done.