Military Blog
You are here: Home1 / Running Back Soldier Trying to Return To Football 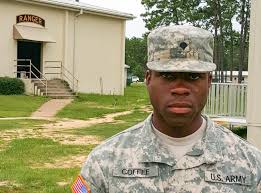