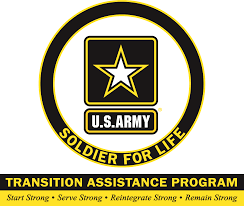 Life after military service can be a smooth transition for some, but for many servicemembers, the struggle is real. That’s why there is the Transition Assistance Program (TAP), which aims to get servicemembers ready for their next step in their lives, be it education, employment or entrepreneurship.

Mulder retired from the Navy in January 2017 after a distinguished twenty-year career as a US Navy SEAL. He was a highly decorated combat veteran with numerous awards throughout multiple overseas deployments. His awards included three Bronze Stars with Valor.

“If we do a better job equipping our servicemen and women on the front end of their transition, we can reduce the number of veterans who struggle with unemployment, homelessness, and suicide. An ounce of prevention is better than a pound of intervention,” said Arrington.

The legislation, if passed, would specifically restructure TAP to require servicemembers to choose specific career-oriented tracks that best suit their post-service plans and would require them to take part in one-on-one counseling a year prior to separation.

Furthermore, it would also authorize a five-year pilot program that would provide matching grant funds to community providers that offer wraparound transition services to veterans and transitioning servicemembers.

Finally, the bill would restructure five days of TAP to devote one day for service-specific training, another for employment preparation, two for the service member’s track of choice — either employment, higher education, career and technical training, or entrepreneurship — and the last for a briefing on Department of Veterans Affairs benefits.

The bill has support from Student Veterans of America, Veterans of Foreign Wars and Military Order of the Purple Heart.

The Transition Assistance Program is a joint program administered by the U.S. Departments of Defense, Labor (DoL) and Veterans Affairs (VA).