Military Blog
You are here: Home1 / Why Did The Pentagon Quietly Make a Major Change to its Mission Statem... 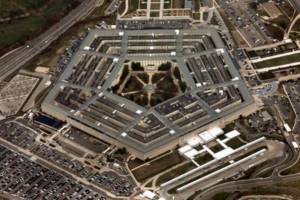 Why Did The Pentagon Quietly Make a Major Change to its Mission Statement?

Sometime between January 2nd and January 3rd of this year, the Department of Defense quietly changed its longstanding mission statement.

A mission statement is not simply a description of an organization by an external party, but an expression, made by its leaders, of their desires and intent for the organization. And for more than 20 years, the DoD’s stated mission has been to provide “the military forces needed to deter war and to protect the security of our country.” But now, its mission is stated as providing “a lethal Joint Force to defend the security of our country and sustain American influence abroad.”

The new mission statement, which is featured at the bottom of every page on its website, removes the words “to deter war” while adding “sustain American influence abroad.”

Unlike the seven previous defense secretaries who served under the website’s old mission statement, Defense Secretary Jim Mattis has overseen the subtle word change that reflects his opinion.

We are a Department of war,” Secretary of Defense James N. Mattis wrote to department staffers in an October 2017 memorandum.

Mattis, a retired four-star Marine general, has repeatedly prioritized the need to “build a more lethal force” in public statements and planning documents as one of his three key objectives for the military. The others focus on strengthening international alliances and making the Pentagon’s business side function more efficiently. During a House Armed Services Committee hearing in February, Mattis said, “Everything we do must contribute to the lethality of our military. The paradox of war is that an enemy will attack a perceived weakness, so we cannot adopt a single, preclusive form of warfare. Rather, we must be able to fight across the spectrum of combat.”

“The nation must field sufficient, capable forces to deter conflict,” he added. “If deterrence fails, we must win.”

Immigrants Kicked Out of the U.S. MilitaryArmy Spending $500 million to Prepare Soldiers for Underground Combat Scroll to top
Follow a manual added link