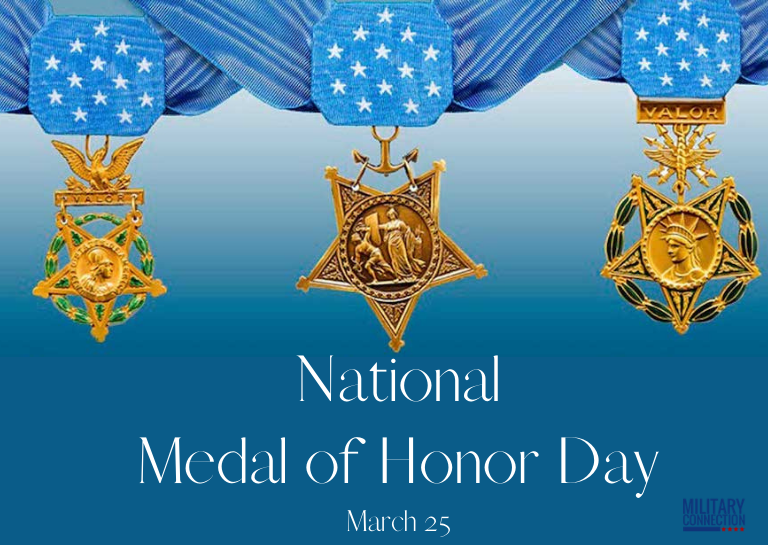 The Army Medal of Honor was created in 1862. By 1915, members of the Navy, Marine Corps, and Coast Guard were also eligible to receive the National Medal of Honor. In the 1960’s the Air Force created their own version of the prestigious award.

While there are many ways to recognize extraordinary action by a member of the Armed Forces, the Medal of Honor is the highest military decoration awarded by the U.S. government. It can be earned for “meritorious actions above and beyond the call of duty,” while engaged in action against an enemy of the U.S., in operations involving conflict with an opposing foreign force, or while serving with friendly forces against their enemy.

If you’d like to recognize Medal of Honor recipients in your own way, consider adopting the gravesite of a fallen soldier who received the award, use social media to share the holiday and what it means to you, make a donation to support the National Medal of Honor Museum, or watch this video during your own Moment of Honor.

Want to learn more about Congressional Medal of Honor recipients? Home of Heroes has a complete listing of each and every recipient, when they received their Medal, and what they received it for.