Military Blog
You are here: Home / Honoring National Day of the Deployed 2021 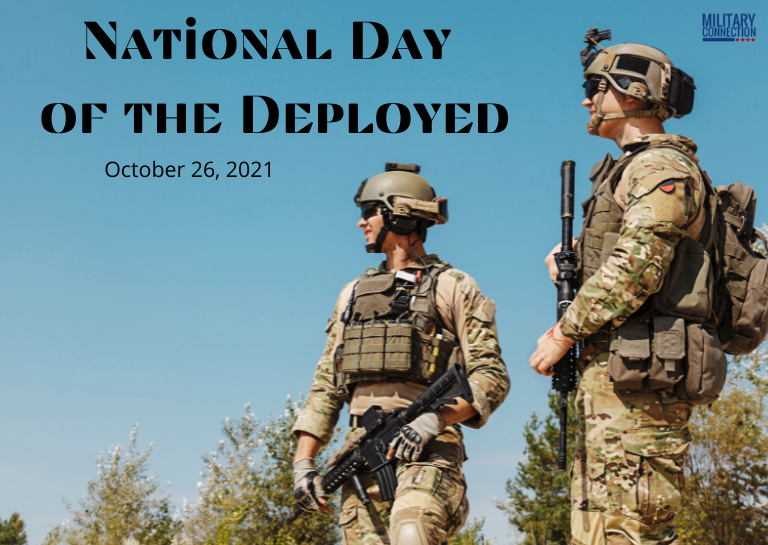 October 26th is National Day of the Deployed. This military-based day of recognition pays tribute to deployed Americans in every corner of the world as well as the stateside families who are equally impacted. The sacrifices made for their country by these service members and their families are enormous and well deserving of this day in their honor.

How to Observe National Day of the Deployed

Deployed troops leave their loved ones behind to live in an unfamiliar setting, often putting their lives on the line in the process. If you’d like to recognize their service and sacrifice, consider doing so in any of the following ways:

National Day of the Deployed History

National Day of the Deployed was founded by Shelle Michaels Aberle in 2006 as a way of supporting her cousin, David Hosna, who was deployed at the time. Shelle started this day of awareness by approaching her governor, who agreed to issue a statewide proclamation recognizing Mr. Hosna’s birthday (October 26th) as their state’s first Day of the Deployed.

In 2011, Senator John Hoeven led the charge to recognize this day on a national level. On October 18th of the same year, the resolution passed unanimously. October 26, 2012 was the first National Day of the deployed, and now this day of honor is observed by all 50 states.

For more information about deployment needs and how to support the families of deployed service managers visit the Deployment and Reintegration section of our Military Blog. Be sure to follow us on Facebook, as well, so you never miss a post!

Everything You Ever Wanted to Know About a U.S. National Cemetery Scroll to top
Follow a manual added link