Military Blog
You are here: Home / Military Connection: What the Fall of Ramadi Shows 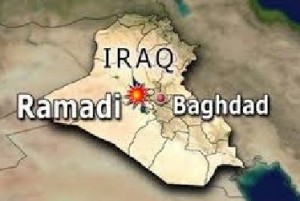 “Setbacks are regrettable but not uncommon in warfare,” said Chairman of the Joint Chiefs of Staff General Martin Dempsey. “Much effort will now be required to reclaim the city.”

While those currently in power in Washington are campaigning to stay the course with our strategies in Iraq, there are others, including some who previously held positions of authority in the capital, who believe we should alter our tactics against the Islamic State. Former Secretary of Defense, Robert Gates has said on national television that, “We don’t really have a strategy at all. We’re basically playing this day by day.”

Gates was speaking of the administration’s attempts to drive a wedge between Iraq’s Sunni tribes and the Islamic State. The former defense secretary has warned that if the situation keeps unfolding the way it currently is, we could see Iraq go down the same path as Yugoslavia.

“Right now, it looks like we’re going to see a lot of trouble in the Middle East for a long time,” Gates said.

The fall of Ramadi has caused suffering for the city’s residents, as well as a delay in any push to retake Mosul, the largest city in northern Iraq. Mosul has been  an Islamic State stronghold since June, 2014. The loss of the city revealed that U.S. airstrikes, while effective, are not decisive. It also revealed further weaknesses in the already weak Iraqi Army. The U.S. had previously hoped that Iraqi government forces would have been ready to march on Mosul by April or May, but those hopes are now lost.

Military Connection: What the Fall of Ramadi Shows: By Debbie Gregory